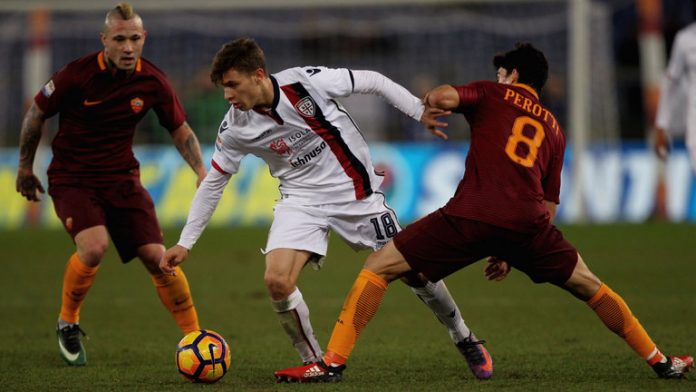 Liverpool have been linked with a move for one of Serie A’s most sought-after players.

According to Sardinia based media outlet La Nuova Sardegna, the Reds are interested in Cagliaria midfielder Nicolo Barella.

The 21-year-old has been impressive for Cagliari so far this season, scoring five goals in 26 league appearances.

Cagliari president Tommaso Giulini thinks highly of the midfielder and he has insisted he won’t be sold cheaply.

“For us, Nicolo is a modern midfielder and could be worth as much as €50 million – he can play in any role,” he said.

“We think that Barella can become as good as anyone in his position, though his growth is not yet complete.”

Barella is the third midfielder linked with a move to Anfield in recent days.

Roma’s Lorenzo Pellegrini and Hoffenheim star Kerem Demirbay have also been tipped to join the Reds as manager Jurgen Klopp bids to boost his options in the middle of the park.

Liverpool already have a deal in place to sign RP Leipzig’s Naby Keita, but it seems likely there will be at least one more midfield signing by Liverpool this summer.