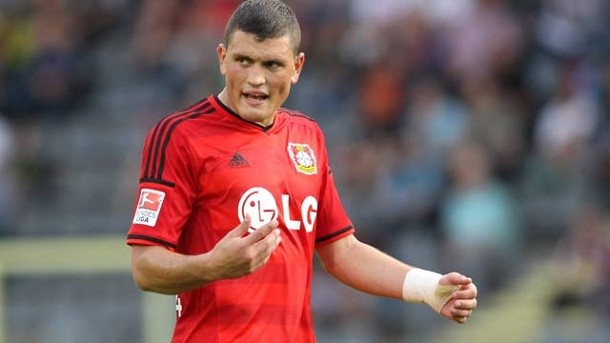 According to reports from Italian media outlet TMW who have cited German newspaper Bild, Liverpool have set their sights on Schalke defender Kyriakos Papadopoulos who is on loan at Bayer Leverkusen.

This is not the first time that Liverpool have been linked with the Greek defender. The Reds are long term admirers of the 23 year old and were also heavily linked with him in the last two summers but any sort of deal failed to materialize.

However, the report states that Liverpool are closely monitoring the player and Papadopoulos could be sold in the summer after he returns to Schalke. It is believed that the Anfield side can sign the towering centre back for just €7m.

So why exactly would Liverpool need Papadopoulos? With Steven Gerrard set to leave the Merseyside club in the summer, Emre can who has been playing in the back three could be pushed in midfield.

Brendan Rodgers has shown immense tactical flexibility playing with a 3-4-3 setup. With Dejan Lovren struggling for form, a move for Papadopoulos makes sense. The Greek is a towering defender and is one of most technically gifted young centre backs in Europe. Moreover, he is an aerial threat from set-pieces, thus it would be interesting to see if the Anfield side do sign him for the paltry fee in the summer.