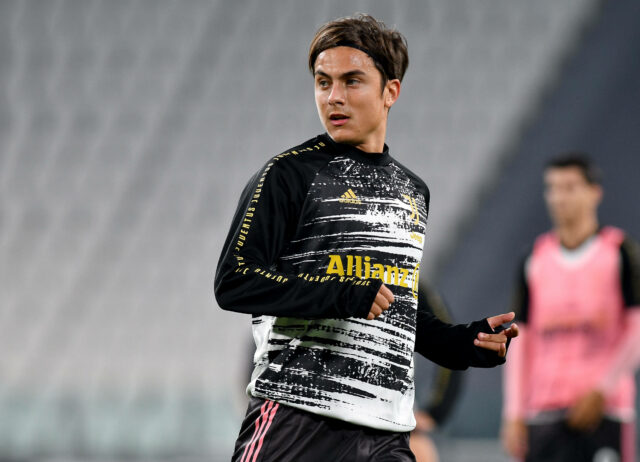 Liverpool are looking to take advantage of contract situations and snap up a couple of bargains in the transfer market, at the end of this season. The Premier League giants are reportedly keeping tabs on the likes of Paulo Dybala and Toni Kroos.

The Argentine striker will be out of contract at the end of this season and Liverpool are hoping to secure a pre-contract agreement with the 28-year-old as per Calciomercato.
Dybala is undoubtedly one of the most talented attacking players around Europe right now and he could prove to be a quality addition to Liverpool’s attacking unit.
The likes of Sadio Mane and Roberto Firmino have regressed massively over the past couple of seasons and Jurgen Klopp needs to bring in more quality and depth for his front three. Dybala can operate in a variety of roles the hardworking Argentine could be the perfect addition for the Merseyside giants.
There have been rumours that Dybala will extend his contract with Juventus soon and it remains to be seen whether the Reds can convince him to snub the offer from the Italian side and move to the Premier League instead.

The German midfielder is undoubtedly a world-class player and Liverpool are interested in securing his services according to the Spanish outlet El Nacional.
The report claims that the Liverpool manager has already held talks with the German international midfielder regarding a move to Anfield and Liverpool are prepared to back their manager and sign the World Cup winner in January or at the end of this season.
It seems highly unlikely that Real Madrid will let a player of his quality leave midway through the season and therefore any move would have to wait until the summer.
Kroos has a contract with Real Madrid until the summer of 2023 and he could be available for a knockdown price at the end of the season.
Join our Telegram channel to stay up to date on the latest in marketing