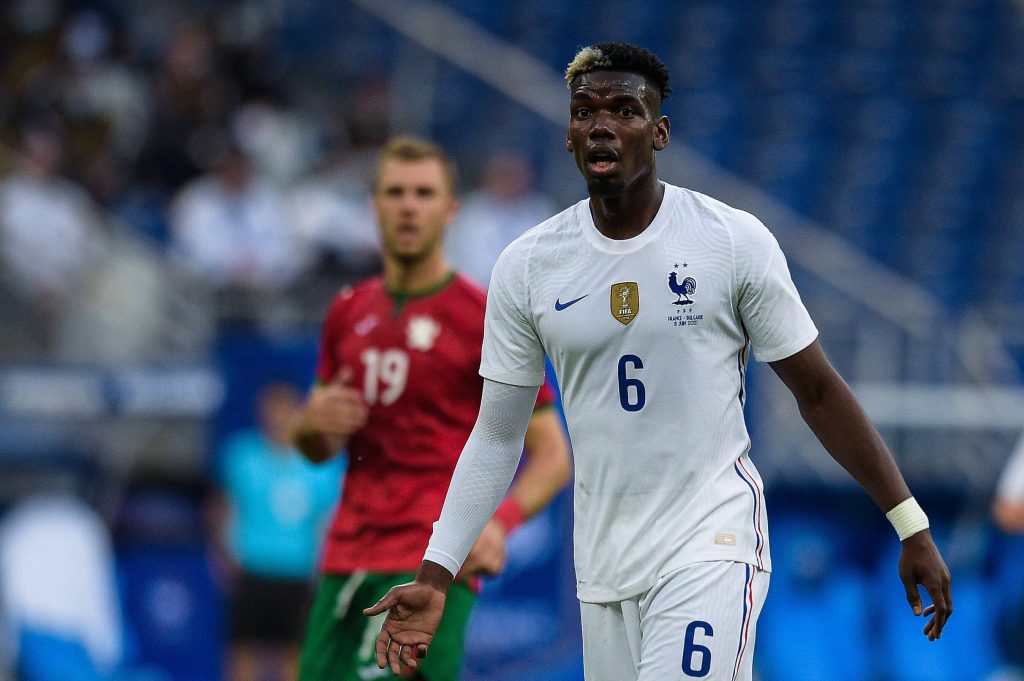 We covered reports earlier that the World Cup winner is in the final year of his contract with the Red Devils.

Raiola has spoken to the Merseyside club’s representatives regarding a potential transfer.

The 28-year-old has been linked with a move away from Old Trafford in recent weeks, with Paris Saint-Germain mentioned as a potential destination.

Although Pogba is a world-class player on his day, a move to Liverpool seems highly unlikely given the rivalry between the two clubs.

There has not been a direct transfer between them since 1964.

The Frenchman would demand massive wages, and the Reds cannot afford him.

Pogba will be free to open talks with other clubs when the transfer window reopens in January.

The last thing Manchester United would want is to sell their best midfielder to the direct rivals.

The only way the Frenchman is heading to Anfield is if his contract is allowed to expire next summer.

Liverpool could certainly use midfield reinforcements this summer after Georginio Wijnaldum’s departure.

They have been linked with Saul Niguez in recent weeks, but Pogba would undoubtedly be a more exciting signing.

Some Liverpool fans took to Twitter to share their reaction to the news – here is what they had to say.

As strange as it sounds if the opportunity would arise I would take him in a heart beat. He would improve our midfield massively
Henderson–Pogba
Fabinho
That would be scary actually and with VVD IK at the back woow
NOT HAPPENING anyways

I wouldn’t take him on a free to be honest. Causes more drama than he’s worth, especially when he isn’t playing for France.

Wouldn't be surprised if it's true – he offered Pogba to Man City in January 2018.

Never gonna happen but deep down we will all take him in the blink of an eye. Pogba Fabinho Thiago

I’m not saying I want Pogba because I don’t. But having players like Henderson and Fabinho behind him is actually what he’s needed at United. Has it in the National team in Kante/Sissoko/Tolisso etc

Would never happen of course but it's mad how many think he would be good in a klopp team.
Good player but terrible fit for lfc.

Read: Liverpool linked with a move for 21-year-old winger.