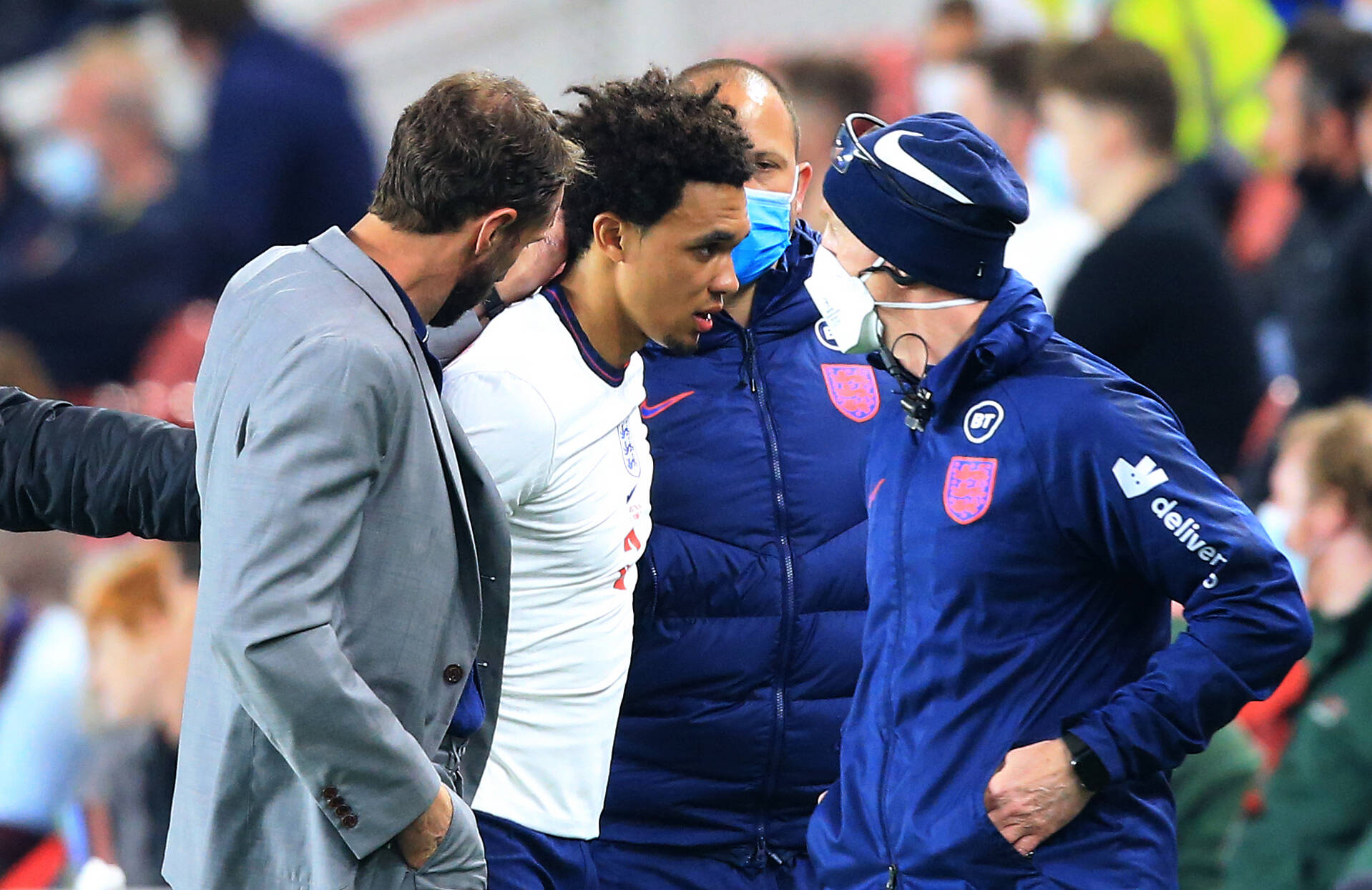 A selection of Liverpool fans reacted on Twitter after it was confirmed that Trent Alexander-Arnold won’t feature for England at Euro 2020 due to a thigh injury.

The right-back picked up the problem in stoppage time of the international friendly against Austria, where the Three Lions won by a 1-0 scoreline.

Judging by the defender’s initial reaction, it seemed that the concern was serious, and he has now been ruled out of the European Championships.

The Reds star could be sidelined for up to six weeks after the setback. While some fans wished him a quick recovery, others believe the injury can be taken positively.

Alexander-Arnold has had a heavy workload with the Merseyside giants as the undisputed right-back for the Premier League and European matches.

Good for Liverpool bad for England.

So nothing of value was lost.

I am glad it happened now instead of by later. This way he can be ready for season.

Absolutely gutted for Trent.. 🥺most talented RB ever. wish you a speedy recovery man. can't wait to see you on the other side. 💪🏽🔴♥️🐐 pic.twitter.com/oXK8XUTNAJ

Alexander-Arnold was deemed doubtful to make the 26-man squad for the Three Lions before he was eventually selected by Gareth Southgate.

The Reds will hope that the 22-year-old can make a swift recovery. He could return during the early weeks of pre-season training next month.

Southgate has yet to announce a replacement for the right-back. A decision is expected to be made following the friendly against Romania this weekend.

With three right-backs already in the squad (Kyle Walker, Kieran Trippier and Reece James), Southgate is likely to prefer a midfield or attacking player.

Southampton’s James Ward-Prowse and Manchester United’s Jesse Lingard are among the leading contenders to replace Alexander-Arnold in the squad.