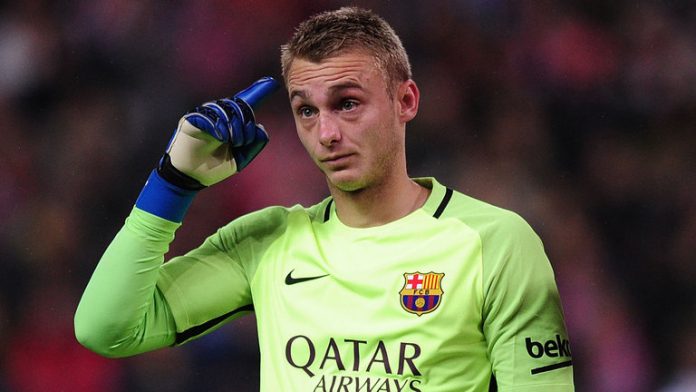 According to Don Balon, Liverpool could agree a £53m deal for Jasper Cillessen who ‘has come to the conclusion that the best he can do is to leave’ Barcelona after playing second fiddle in goal to Marc-Andre ter Stegen.

The 29-year-old has been on the periphery ever since arriving at the Nou Camp in 2016 and could be on the move this summer if a club meets his asking price.

Liverpool might be in the market for a new goalkeeper. Don Balon say Loris Karius’ days at the club might be numbered after his error-strewn performance in the Champions League final.

Simon Mignolet, who lost his place in the side to Karius last season, isn’t likely to reclaim a starting role at Liverpool, which opens the door to a new arrival this summer.

Cillessen has made just 21 appearances in the last two years since his move from Ajax, with ter Stegen being the preferred choice for Ernesto Valverde.

As the Dutch international can’t endure a third season on the bench, he’s made it clear to president Josep Maria Bartomeu that he wants to seek a move away from the Nou Camp.

Bartomeu will only granted the goalkeeper a transfer if his £53m release clause is matched, however, as he’s still an able back-up ‘keeper who the club are happy to retain. Liverpool are reportedly keen and now know how much it will cost to sign him.