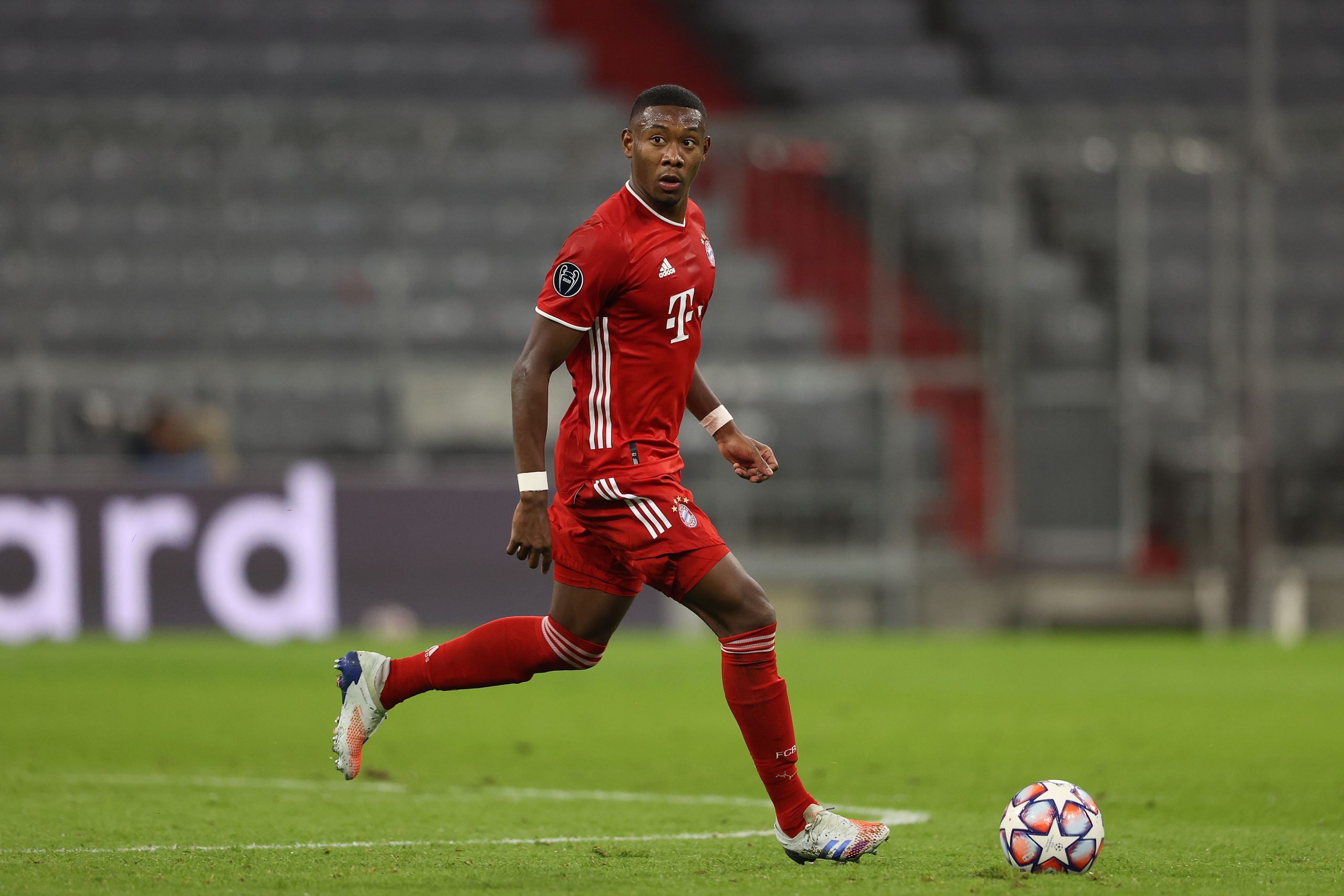 Liverpool have entered the race to sign the Bayern Munich defender David Alaba.

The 28-year-old defender will be a free agent at the end of this season and it seems that the top European clubs are looking to sign him for a nominal fee this month.

According to Sport Bild, six European clubs have made their approach to sign the Austrian international.

Apparently, Liverpool have made their approach to the player’s father George and his advisor Pini Zahavi.

The Premier League champions are also looking at alternatives and Jurgen Klopp is exploring the German market.

Liverpool are currently left with Joel Matip as their only first-team centre back and midfielder Fabinho has had to fill in as a defender this season.

Matip is unreliable in terms of fitness and Liverpool must look to bring in a quality centre-back this month if they want to defend their Premier League title.

Alaba would certainly be an outstanding signing for the Reds. He has proven himself at the top level with the German giants and his versatility will be an added bonus for the Premier League champions.

The Austrian can play as a left-back, centre back and a defensive midfielder.

Liverpool could certainly use a durable and versatile player like David Alaba in their side right now. Apart from his quality as a footballer, he could be a leader in the dressing room as well.

Furthermore, the Austrian’s winning experience and mentality would be a welcome addition to the Liverpool dressing room.

Independent are however reporting that the Reds are unlikely to move for the Munich player. Liverpool appreciate his quality and versatility, but his lack of aerial presence and physicality is thought to be a concern.

The likes of Matip, Van Dijk and Gomez are all taller and more dominant in the air.