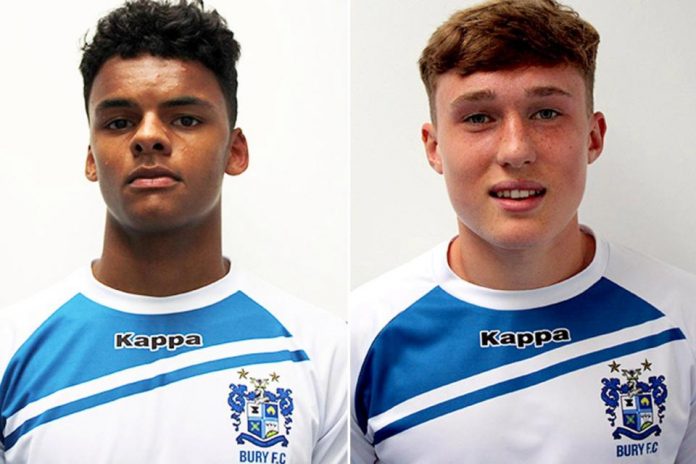 Liverpool and Manchester United are keeping a close eye on Bury’s two exciting young talents, Jacob Bedeau and Callum Styles. According to reports from ESPN, scouts of the two clubs were in attendance to watch the players during Bury’s clash with League One leaders Sheffield United on Monday. Manchester City and Everton are also tracking the progress of the two young players.

Both Bedeau and Styles have progressed through the club’s academy and have recently broken into the first team. They are two of the best young players to have come through the ranks, but Bury are resigned to losing them to top English clubs in the near future.

Styles, 16, has featured in Bury’s last three games, while the centre-back Bedeau, 17, has played in the last six games for the League One side.

Bury have a good record of producing exciting young players in recent seasons. They were involved in transfer dealings with top Premier League clubs, with Liverpool signing the youngster, Emeka Obi at the back end of last year, and Everton securing the signature of defender Matthew Foulds, 12 months ago.

Styles hit the headlines at the end of last season when he became the first player born on the 21st century to play in the Football League. The record was made when the midfielder came on for the last 15 minutes of Bury’s final game against Southend on May 8. The Shakers got caught up in controversy, and were then docked three points as he had not been properly registered.