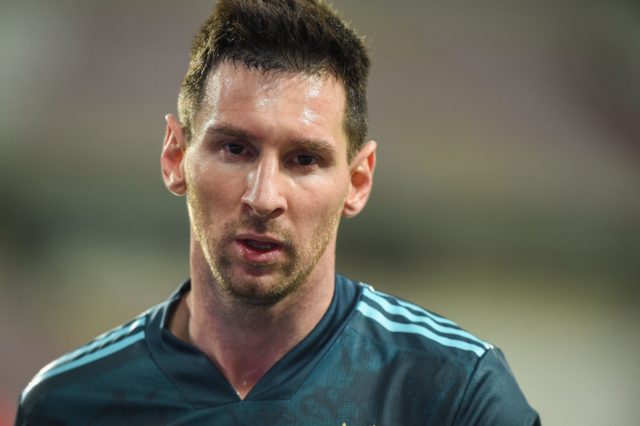 Barcelona must do all they can to keep hold of Lionel Messi and the latest lists of demands he has made make absolute sense in regard to the situation.

Barcelona captain Lionel Messi is reaching the end of his contract at the Camp Nou and with every passing day, he is closer to being a free agent. As a matter of fact, he can discuss and agree to join a club based out of Spain from January 1 but that looks unlikely considering that his latest comments suggest he may end up prolonging his stay at Barca.

While the Argentinian sees the Camp Nou as his home and wants to call it a day on his career there itself, it is of no surprise that he wants to be part of a world-class squad in his final years at the top level. Unfortunately, the current Barcelona roster has a lot of gaping holes that need filling and Diario GOL has now made claims that he wants to see a change.

Joan Laporta, the presidential candidate of the club, has made it clear that he intends to build a team around Messi and will do everything within his powers to keep the 33-year-old happy. With that said, it is also of little surprise that the player is being given so much importance simply because he is the world’s best and brings a lot of off-field benefits too.

Messi’s latest, yet most sensible demands have seen him request a total clean-up of the team’s dead weight. Barcelona and Josep Maria Bartomeu, in particular, have made some horrible signings in recent years, behind whom the club has spent considerable wages. By selling unnecessary players, the club could free up a significant bill and sign its targets.

Amongst the defenders, Messi wants Samuel Umtiti and Clement Lenglet to be shown the door. While the former has had injury issues, the latter has not been anywhere close to his usual self. Lenglet has committed silly mistakes and fouls which have cost his team dear. He too has started to deteriorate in quality and could be sold whilst his stock remains high.

Miralem Pjanic and Riqui Puig are the two midfielders who Messi believes should be shown the door. Pjanic has failed to settle in at the club and has done little to justify Barca’s involvement in a swap deal involving Arthur Melo, whereas Puig, who remains an incredible talent has fallen out of favour under Ronald Koeman and desperately needs minutes.

Finally, the 33-year-old wants the Catalans to part ways with three attackers. Francisco Trincao, who has been a signing for the future needs to be loaned out, whereas Philippe Coutinho, the club’s record signing has once again slowed down after a bright start to the season. Antoine Griezmann also could be shown the door as he has not fitted into the system.

It is worth adding at this point that while the report attributes these ‘transfer goals’ to Messi, it is far more likely that Messi has only asked for a substantial overhaul of the squad, and the specific names listed in the DiarioGol report are a mixture of high-value players that can be sold for a high fee and players that are out of favour at Barcelona.

Puig, for example, is unlikely to be sold and far more likely to be sent out on loan to get more playing time. Coutinho and Griezmann are two of the most high-value assets at the club, and getting their wages off the books + generating up to 100m Euros from the potential sale of these players could be used to significantly reinvest in the squad.