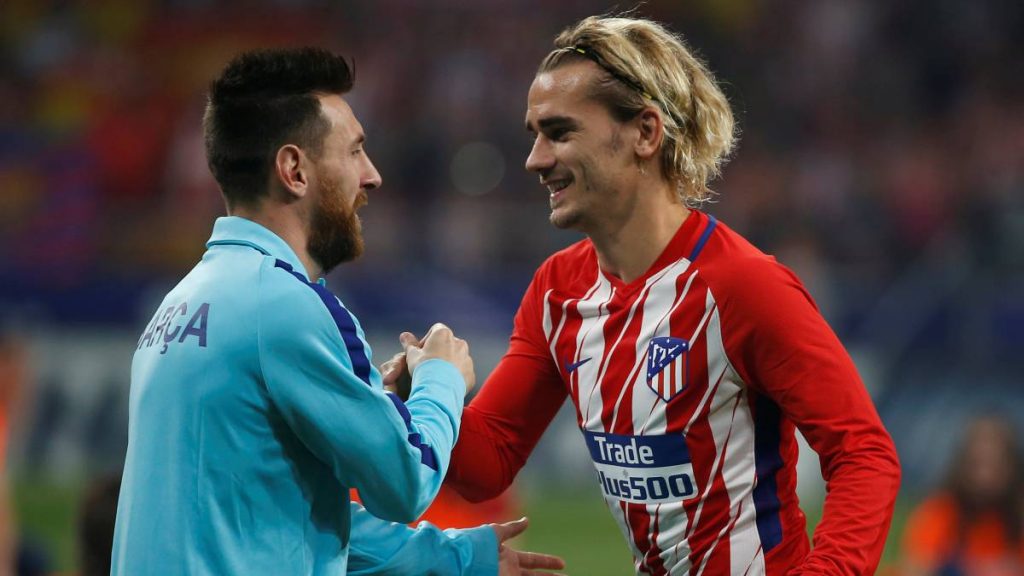 The Frenchman has been heavily linked with a move to Camp Nou this summer, although any deal now is likely to be concluded only after the end of World Cup finals in Russia.

Griezmann scored a total of 29 goals for Atletico Madrid in the 2017/18 campaign as he played a starring role to help his side lift the Europa League trophy. And Lionel Messi, for one, eyes the 27-year-old as a great addition to the Barcelona front line.

He told Sport (via the Mirror): “I am in agreement that to win the Champions League again we need to have the best players. And Griezmann is one of them.

“If the club sign him, brilliant. I don’t know if he’s the priority. That depends on the signing committee and the coach.

“I can only say that to win the Champions League you have to have the best players. And he is very good.”

Barcelona, meanwhile, have been dominating Spanish football for a few years now, having won three La Liga titles and four Copa del Rey titles in the past four campaigns but the Catalans are now keen to bolster Ernesto Valverde’s squad in bid to win the Champions League.

The Spanish giants have not won the elite European competition since 2015.