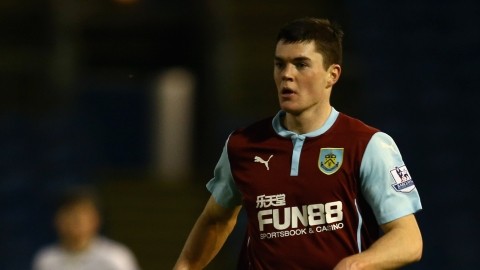 Premier League champions Leicester City are to make a £17 million bid for Burnley’s Michael Keane. The newly promoted Premier League side have already rejected one offer for the former Manchester United youth product, who despite only making only one senior appearance in his four years at the Reds had shown great potential.

This would be Leicester’s 2nd bid with the Midlands club seemingly determined to land the player, although reports suggest the Lancastrians are holding out for a fee in excess of £20 million. Burnley are currently offering a new contract to the 23 year old Keane worth £30,000 a week, but given that they signed him for only £3 million from United just 18 months ago it’s likely that they’ll sell the left sided defender if the price is right.

Stockport born Keane -whose twin brother Will is still at United- is Lancashire through and through but may fancy a move to the champions even though he’s unlikely to be a starter in the short term. Wes Morgan & Robert Huth were a defensive rock at the heart of Leicester’s extraordinary title success last season, and given they only conceded 36 goals in 38 games between them, they will be difficult to dislodge as manager Claudio Ranieri’s first choice centre half pairing.

Keane played 22 games in a six month loan spell for City in the 2012-13 season so knows the club well. Leicester would be getting a solid centre half, with a very bright future ahead of him.