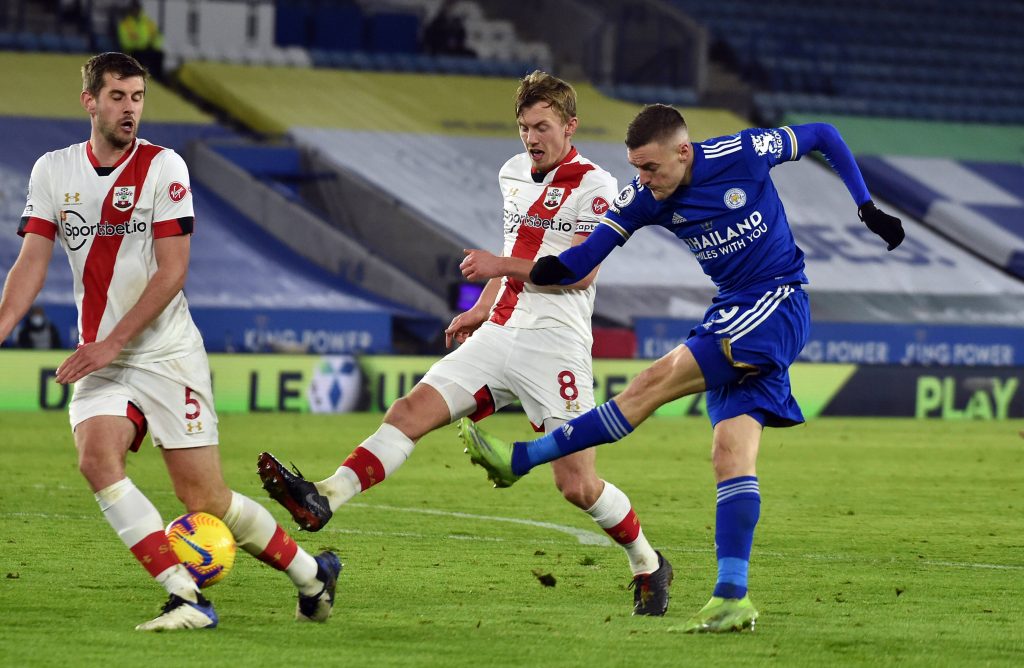 Stakes are high as Leicester City and Southampton go head-to-head at Wembley Stadium in the FA Cup semi-finals on Sunday, and you can watch this FA Cup tie live online.

Both sides have had identical returns from their last four competitive games (W2, L2).

Despite missing some first-team stars, Leicester head into proceedings as betting favourites to qualify for the FA Cup final for the first time since 1968/69.

The Foxes have lost their previous two FA Cup encounters with Southampton by an aggregate score of 3-0, albeit it is worth noting that their last such meeting dates back to 2008.

Leicester won 2-0 in their most recent clash earlier this season and could now beat the Saints twice in a single campaign for the first time in a decade.

Given their recent rise to prominence as Premier League winners in 2015/16, it may sound strange that they have qualified for the FA Cup semi-finals for the first time since 1982.

Leicester’s record at the stage of the competitions is almost perfectly split, with four wins and three defeats in their previous seven appearances in the FA Cup semis.

Ahead of the kick-off, Brendan Rodgers’ men have gone from three consecutive wins in all competitions to back-to-back defeats, both of which saw them concede twice in one half.

Southampton saw off Shrewsbury Town, Arsenal, Wolverhampton Wanderers and Bournemouth en route to the semi-finals, keeping a clean sheet on each occasion.

If they oust Leicester without conceding, the Saints will become the first time since Everton in 1965/66 to qualify for the FA Cup final with all blank sheets.

Southampton have suffered elimination in seven of their previous nine FA Cup semi-final ties, with their last such contest taking place in 2018.

A trip to Wembley may stir some painful memories, as Ralph Hasenhuettl’s men lost each of their last three competitive fixtures at this venue, including a defeat to Chelsea at this stage of the tournament there years ago.

None of Southampton’s ten competitive matches outside St Mary’s Stadium this calendar year have ended in a draw (W3, L7), with 80% of those results (win/loss) seeing the victor keep a clean sheet.

Read: Why Sidnei Tavares should stay at Leicester City this summer.