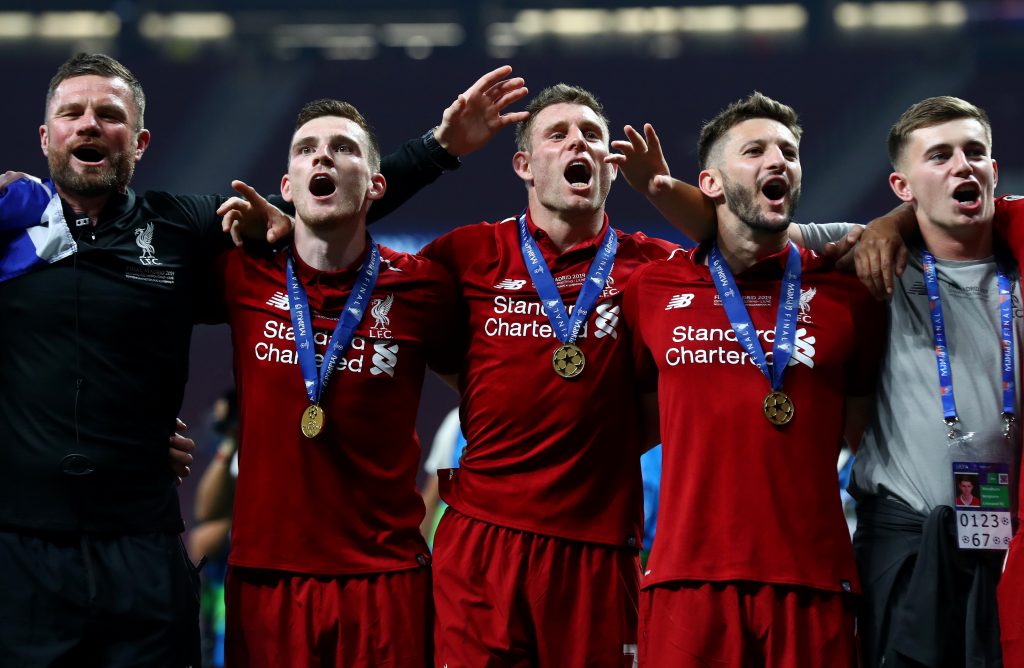 Liverpool midfielder Adam Lallana is set to leave the club at the end of this season.

According to Dominic King from Daily Mail, Leicester City are favourites to sign the playmaker who will be a free agent soon.

The player has been linked with Everton and West Ham as well.

Adam Lallana has almost certainly played his last game for Liverpool. He is training with the squad each day but Jurgen Klopp will not select him as he does not want to jeopardise his end of season move. Leicester remain favourites 🔴

Lallana has helped Liverpool win the Champions League and the Premier League during his time at the club and he could prove to be a solid addition to Leicester City’s dressing room.

Apart from his quality on the pitch, he will be a leader in the dressing room. His winning mentality could be an asset for Brendan Rodgers’ side as well.

The 34-cap England international is currently training with Liverpool but he will not be picked for any of the remaining games.

Liverpool manager Jurgen Klopp does not want to jeopardise Lallana’s summer move to another club in case there is an injury setback.

It will be interesting to see if the Foxes can snap him up in the coming weeks. On a free transfer, this should be a no-brainer.

Leicester need some depth in their attacking department and Lallana can make a big impact off the bench. He can play in a number of roles as well.

Furthermore, he knows the way Rodgers likes to play. He should be able to settle in quickly and make an immediate impact next season.