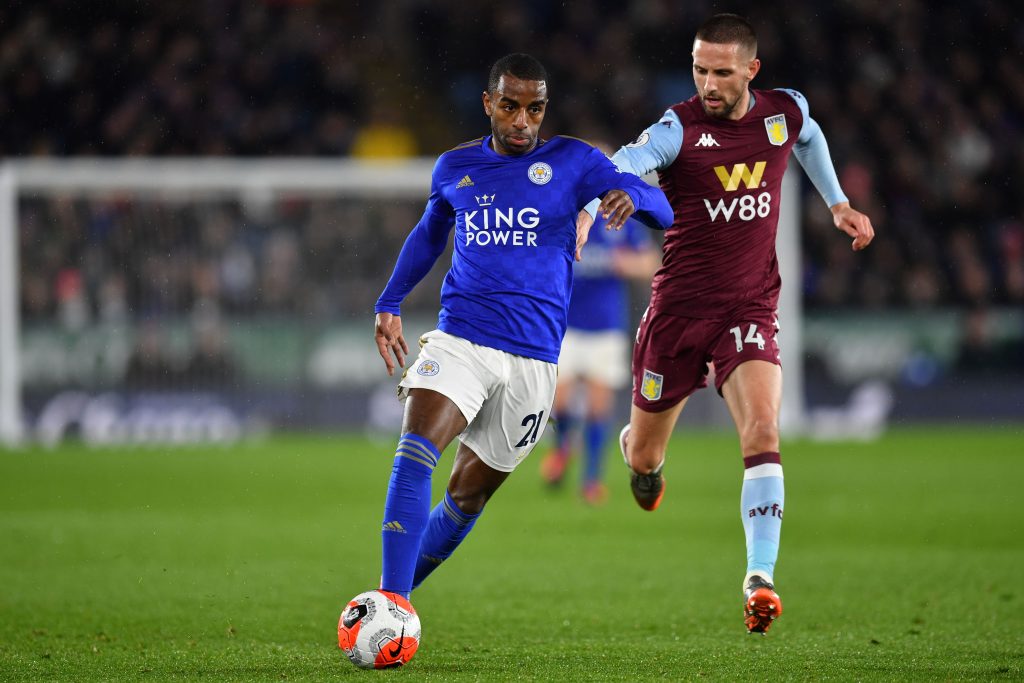 Leicester City star Ricardo Pereira has been ruled out for the season after damaging his knee ligaments during the game against Aston Villa.

Pereira went into a challenge with Jack Grealish and ended up injuring himself.

Meanwhile, Pereira is not Leicester’s only injury worry now. James Maddison has been ruled out for two weeks with a calf problem as well.

It will be interesting to see how Leicester City deal with the absence of two key players.

Pereira has been in sensational form this season and he has firmly established himself as one of the top right-backs in the country.

With Leicester firmly in the top four race, his injury could prove to be defining for the Foxes.

They will have to win most of their remaining games in order to qualify for the Champions League next season. Rodgers will have to ensure that his side’s performances don’t drop in the coming weeks.

Pereira’s absence will not only weaken Leicester at the back, but it will also affect their attacking play as well. The 26-year-old is fantastic going forward.

Awww shit – he’s been incredible for my Fantasy team all season – get well soon, Ric!

Please say your account has been hacked, let’s just suspend play for 2 weeks, get people better. Unbelievable, but wow. Energies and wishes for good recoveries and safe outcomes. 🙌✌️🦊🦊🦊

So that’s 5 of our first team out? Nightmare