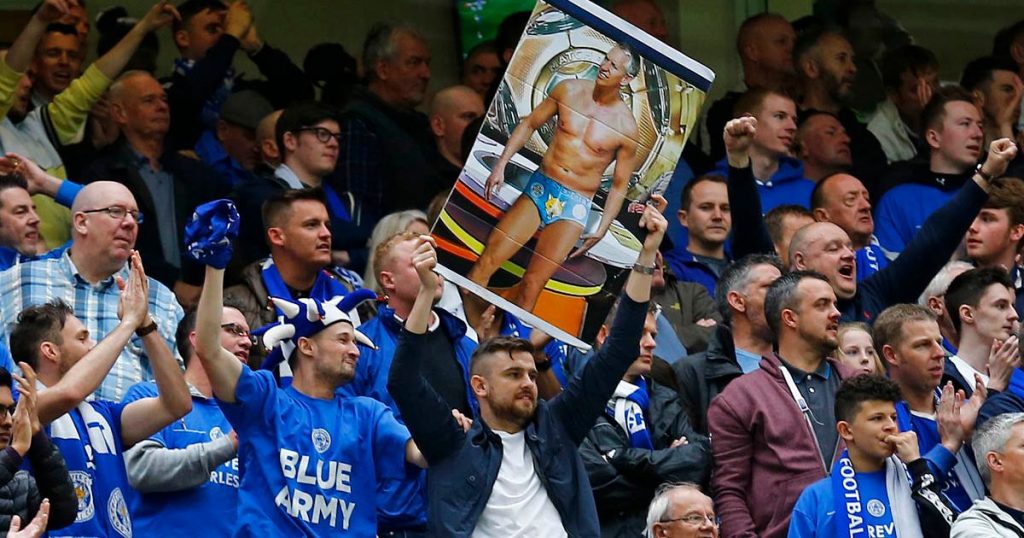 Leicester City have confirmed that they have banned three supporters for homophobic chanting during the Foxes’ Premier League match against Brighton and Hove Albion at the King Power Stadium in August.

The statement issued by Leicester claims that the culprits will serve stadium bans varying in length from two to 12 months.

“The Football Club is committed to protecting the matchday environment at King Power Stadium, and as a result has issued three bans varying in length from 2-12 months,” read the statement.

Two of the banned supporters are subjected to criminal proceedings. One of them is under conditional police caution and the other received a hefty fine.

Superintendent Steve Potter of Leicestershire Police, who was the match commander in the game played on August 19, offered his total cooperation regarding the club’s stance on the vile incident. “We fully support the club’s decision to ban these individuals,” he said.

“Their behaviour was inexcusable and will not be tolerated. We will continue to work closely with the club to ensure those who are intent on disrupting the enjoyment for others are robustly dealt with.”

44-Year-old Jason Holmes from Mossgate, confessed to have shouted homophobic slurs thrice during the match but was spared from a stadium ban. Instead, he was fined £300 and ordered to pay costs of £85 as well as a £30 victim surcharge.