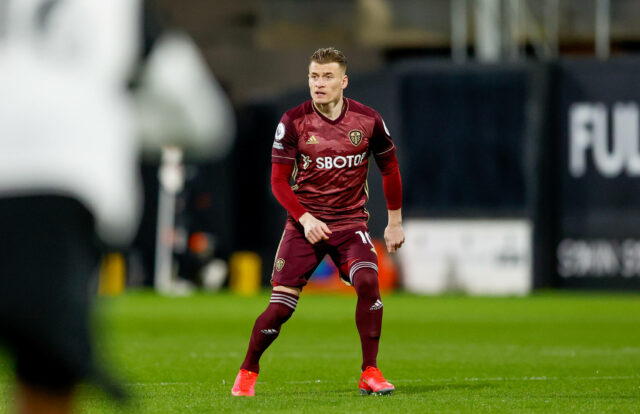 Alioski joined the Yorkshire club in 2017 from Lugano. He has made over 150 appearances for the club, scoring 21 goals.

The North Macedonia international was a key member of the side that earned promotion to the Premier League last season.

He has been impressive in the Premier League, bagging two goals in 27 appearances.

Alioski is out of contract in the summer, and the Whites have failed to agree a new deal with him.

The 29-year-old now looks set to leave on a free transfer at the end of the season.

Alioski, who currently earns around £15,000-a-week at Elland Road, has been a reliable player under Marcelo Bielsa.

While he is a natural winger, he has often been used as a left-back. He may not get the limelight that other Leeds players enjoy, but he is well-respected and loved by his teammates and fans.

Alioski has been a solid servant for the club, and Leeds will have to sign a good replacement for him in the summer.

In other news, Real Madrid are considering a move for Harry Kane.