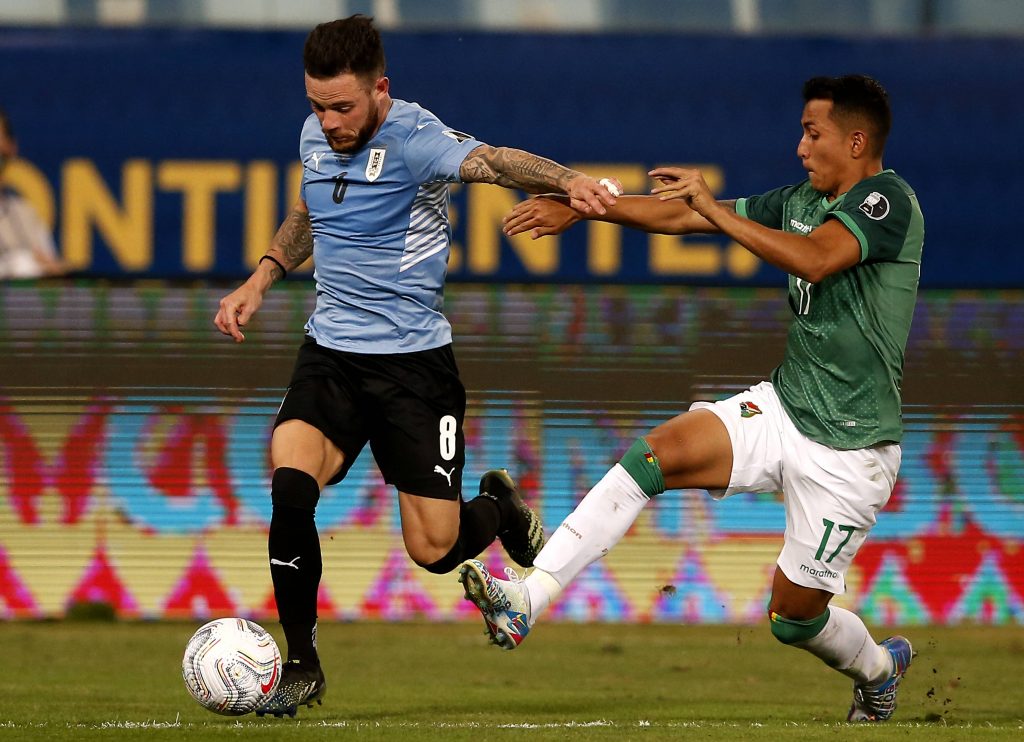 Uruguayan international Nahitan Nandez continues to be linked with a move to Leeds United.

According to Centotrentuno, the Premier League club are front-runners to sign the Cagliari midfielder, who is also a target for Inter Milan.

However, the Italian champions have limited resources and may not be able to pay the €36 million asking price.

Leeds are keen on signing the 25-year-old, but they are waiting to sell some players before they can complete the transfer.

Marcelo Bielsa will be hoping to add considerable quality to his side this summer, with Leeds looking to build on their impressive performances from last season.

Adding more quality to the midfield should be a priority for the Whites, and Nandez seems like a really good fit on paper.

The hard-working midfielder could be a quality partner for Kalvin Phillips at the heart of the Leeds midfield next season.

He would add drive and energy to Bielsa’s midfield, while his ability to help out defensively would be a bonus.

Nandez has been on international duty with Uruguay in Copa America, but La Celeste have now been eliminated from the competition.

It would be fair to assume that the player’s future is likely to be sorted soon.