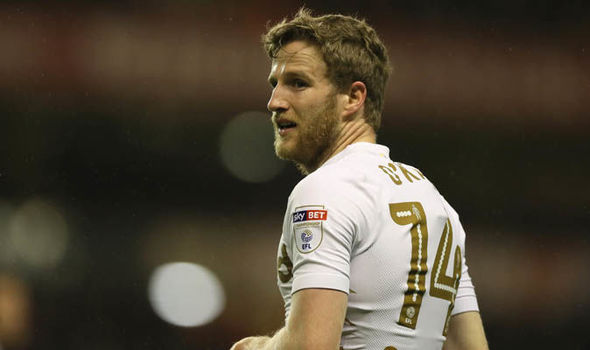 According to reports from the Yorkshire Evening Post, Leeds United are ready to offload Eunan O’Kane in the summer transfer window.

The report claims that the Whites will listen to offers for the 28-year-old midfielder who missed almost the whole of last season due to a broken leg he sustained during a game for Luton Town in September.

He managed just four appearances for the club before the injury, and it seems he could be on his way out of Elland Road this summer.

The Republic of Ireland international was really unlucky with his injuries, but the decision to cash in on him is the right one. He joined Luton on loan last season but failed to make enough contribution in League One.

Luton eventually went on to win promotion to the Championship without him. This could have been the season where O’Kane could have got his career back on track, but now he is facing an uncertain future.

He is certainly not good enough for Leeds, and cashing in on him looks a smart idea. It remains to be seen where he ends up, but another spell in League One won’t do any harm to his career.