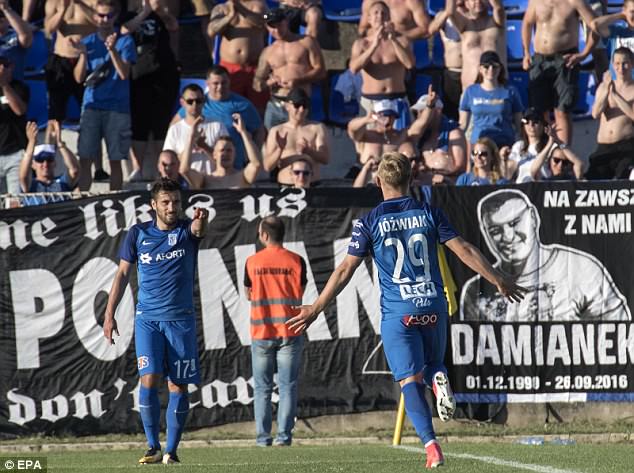 The Lech Poznan winger is out of contract at the end of this season and his performances have attracted the attention of Thomas Christiansen.

The 19-year-old will be allowed to talk to foreign clubs from January and Leeds could secure a pre-contract agreement then. However, the Whites are keen on signing the player in January and therefore they have submitted a cash offer for his services.

According to Daily Mail, Leeds United have made a £180,000 bid for the player but Poznan are not willing to sell the player halfway through the season. The bid from Leeds has been rejected and it will be interesting to see whether the Championship outfit come up with another offer now.

Lech Poznan’s president Karol Klimczak has confirmed the bid for Jozwiak. He also revealed that the player is not for sale during the winter window.

He said: “I can confirm that we got this offer (from Leeds), but I firmly believe that we are not interested in parting with Kamil in the winter”.

Leeds United are in very poor form right now and Christiansen will need to add to his squad in January. The Whites have lost seven of their last eight matches in all competitions.