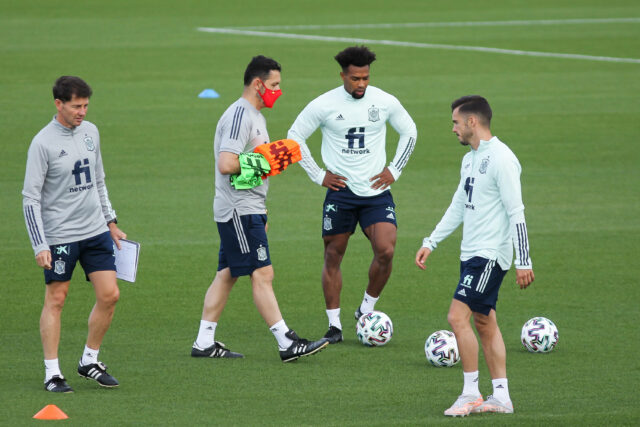 Wolverhampton Wanderers are reportedly looking to offload some of their key players to raise funds for new additions.

Midfielder Ruben Neves has been linked with a move away from the club, while Adama Traore is facing an uncertain future as well, after an underwhelming season.

In the summer of 2019-20, Traore was valued at more than £70m, but Wolves will be very lucky if any interested club pay half the amount for the 25-year-old now.

Traore has recently indicated that he would prefer a return to Barcelona, a club where he started his footballing journey. His form dropped considerably in 2020-21, but he remains a player of interest for many.

The Spanish winger, who started his career at Nou Camp, has made clear the desire to return to Barcelona.

“Barcelona is my home,” Traore told RAC1, via Marca. “It’s the reality. I grew up since I was 10. From here, we will have to manage with my agents and see what role Barcelona wants.”

He has a contract at the club till 2023, but there is a growing feeling that he could be sold this summer if a good offer comes in the way.

Traore has been heavily linked with a move to Leeds United. Premier League rivals Chelsea are also interested in securing his signature.

After making a strong impact in their first season in the Premier League after a gap of 16 years, Marcelo Bielsa’s side will be aiming to break into the European spot this season.

According to recent reports from Eurosport, Whites have been following the Spanish international for a while now and could make a move to bring him to Elland Road in the coming months.

While signing a new midfielder is a priority for Leeds, the Whites could look to add Traore to their ranks. Leeds are apparently ready to pay £40m for his signature, but they must act quickly if they are serious about landing him.