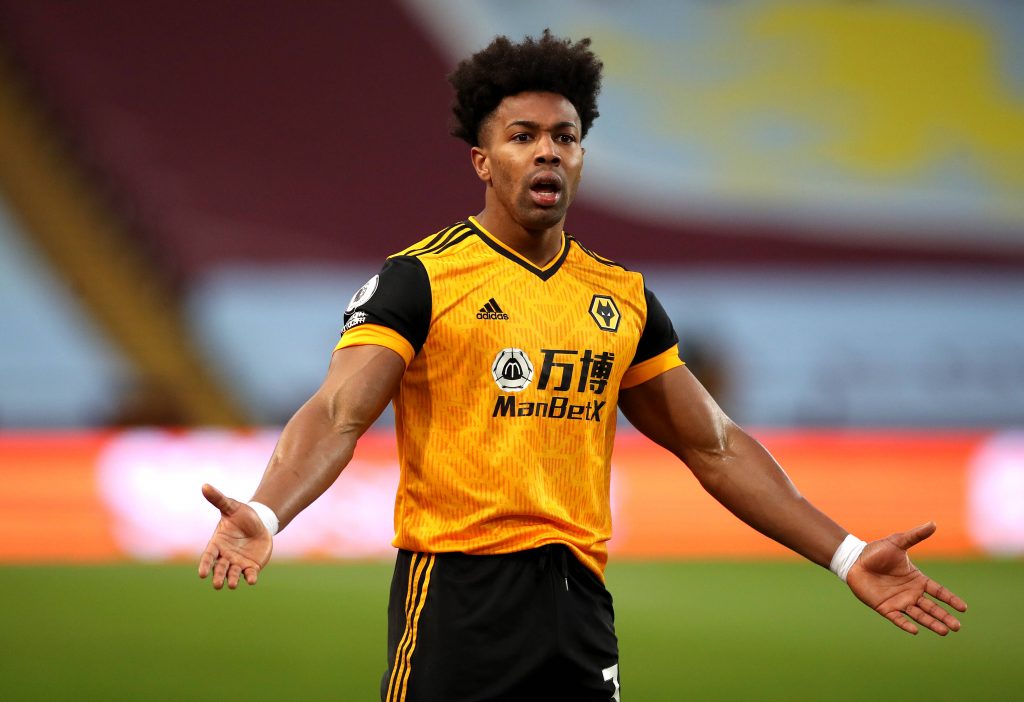 Leeds United are unlikely to make an approach for Adama Traore despite Wolverhampton Wanderers significantly reducing the price tag for the winger, Football Insider reports.

Traore had an impressive 2019/2020 season with Wolves, registering six goals and 12 assists from 54 games while making other scoring contributions.

However, his form has slumped this term with only one goal and one assist from 31 appearances for the Midlands outfit.

Wolves valued Traore between £60-70 million last year, but it is reported that they have reduced their asking price to just £30m ahead of the summer.

Leeds were said to be closely monitoring the situation, but it is now claimed that manager Marcelo Bielsa has no desire to land the winger.

The Whites boss has concerns over the Spaniard’s technical ability and does not believe the winger would suit the club’s style of play.

Traore will enter the final two years of his contract this summer, and there has been no indication that he could put pen-to-paper on a new deal.

Considering his displays this term, Wolves are prepared to cash in on his services, but the Whites seem to have turned their attention elsewhere.

Traore has impressed with his direct running and pace on the counter-attack, but his finishing has been disappointing this term.

He showed an improvement in that aspect last season but has once again gone to his old traits with misfired shots and average distribution in the final third.

The 25-year-old is still a top-class player when in form, and it remains to be seen where his future lies after the current season concludes.