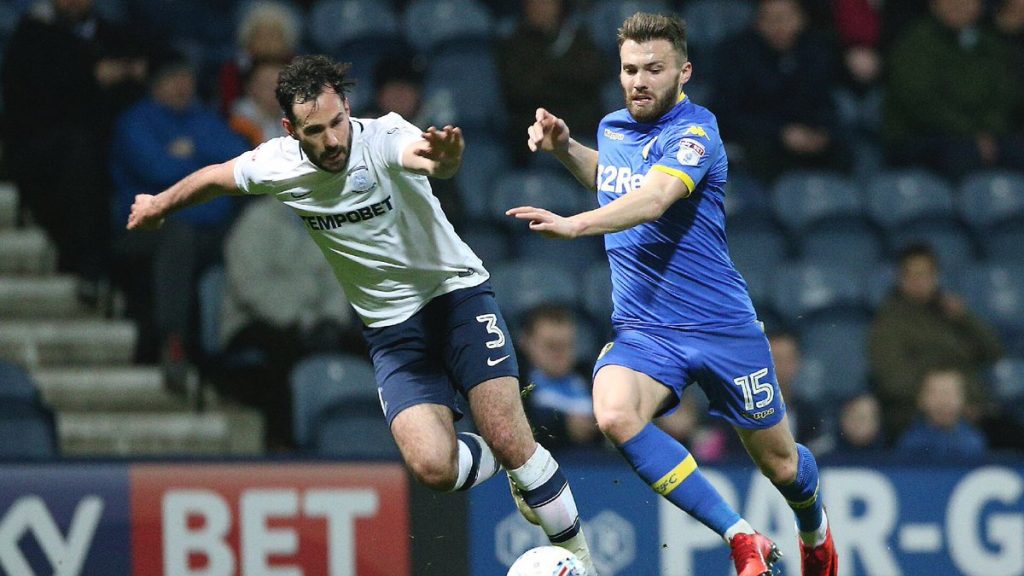 Leeds United crashed to yet another defeat in the Championship last night.

Preston managed to come from 1-0 down to secure a vital 3-1 win at home. The win keeps Preston’s play-off hopes alive for now.

The hosts are now within five points of the play-offs with four games remaining. Preston will be relieved to have bounced back from a run of three back to back defeats.

Leeds United forward Kemar Roofe handed his side an early lead but Heckingbottom’s men failed to protect their advantage.

Preston scored three second-half goals and the away fans were left bitterly disappointed once again.

The home side scored twice in three minutes to turn the game around. Paul Gallagher’s penalty and Sean Maguire’s header put Preston in the lead and Alan Browne sealed the win with a third goal.

Leeds have had a season to forget and it will be interesting to see how they reshape the club in summer. The Whites were expected to fight for promotion this season but they are 14th in the table right now.

Here is how the Leeds United fans reacted to their defeat on Twitter.

Hecky out. Orta out. Board out.

Bring back Christiansen all is forgiven.

What an abysmal season #forgettable

Thanks @T9Christiansen for keeping us in the championship.

Heckingbottom said when he gets the sack from clubs he goes on holiday. Apparently his wife and kids have already checked in at the airport!

Got to be the worse leeds team I’ve seen in many years. Not normally one for sack the manager but think it’s time

Demonstrations needed. Boycott the club. Empty the seats until we get changes. Disgraceful! #imvexed