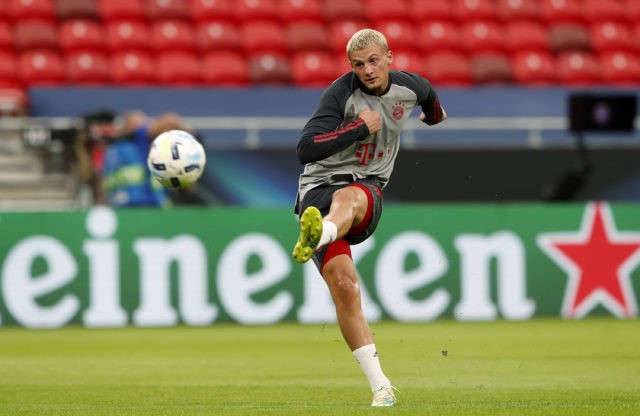 Leeds United fans have taken to Twitter to express their reaction to reports linking the club with a move for Michael Cuisance.

Sky Sports reported yesterday that the Whites are heavily interested in signing the 21-year-old midfielder, and that talks are expected to take place this week.

Earlier today, Christian Falk of The Bild provided an update on the story. He has claimed that the negotiations between Bayern and Leeds are reaching a decisive phase.

Many Leeds fans are excited with the transfer update. Here are some of the selected tweets:

Michael Cuisance. My goodness me, this is incredibly exciting. I mean, seriously exciting. Refused getting too giddy up until now after being let down by the failure to land De Paul, but this would be quite something. Leeds would be acquiring a phenomenal talent. #LUFC 🔥🔥🔥🔥 pic.twitter.com/GoO26zKvrC

Been keeping a lid on it for a couple of days, but this would be a ridiculous signing.

Popular journalist and transfer expert Fabrizio Romano has claimed on Twitter that Michael Cuisance wants to play more, which is why the Bayern Munich midfielder wants to join Leeds United.

He has stated that Cuisance has agreed personal terms with Leeds, and that the Whites have already submitted an offer in the region of €20m to Bayern Münich.

According to WhoScored, the former France Under-20 international made three starts and six substitute appearances in the Bundesliga for Bayern last season, scoring one goal in the process.

Leeds are also interested in signing Rodrigo de Paul from Udinese, and it remains to be seen whether they still make a move for him if they do land the Bayern midfielder.