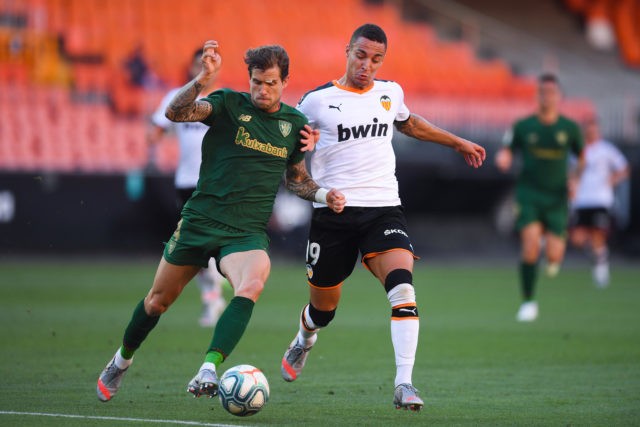 According to Phil Hay of the Athletic, Leeds United are now seriously making an attempt to sign Rodrigo from Valencia this summer.

The Whites are looking to bolster their forward department and have earmarked the 29-year-old striker as a potential option.

Hay has claimed today that Victor Orta is in contact with the player’s representatives and Valencia intend to sell him in this window.

Leeds are also interested in Ollie Watkins from Brentford, but he is only an alternative option for the Whites at the moment.

Leeds' interest in Rodrigo at Valencia is clearly mounting. Victor Orta speaking to his representatives and Valencia intend to sell him in this window. Depends on other interest too (talk that Atletico fancy him). Watkins at Brentford still an alternative option. #lufc

Many Leeds fans have taken to social networking site Twitter to express their reaction after Hay posted the news. It seems a lot of Leeds fans are not convinced with the move, while there are some who feel Watkins would be a better option.

Would take a lot longer. Rodrigo is hopefully the kind of signing that can hit the ground running.

Just been watxhing youtube very much looks like a poacher or fox in the box type of player doesnt look spectaclur but effective knows where to be in the right place for a tap in. Just hope our players can give him the final pass the service he needs from 2 yards out to tap in.

Looks like his wages where £6.8m last season and he scored 7 goals in 44 games. No thank you. Give me the young up and comer in watkins anyday.

that can't be a cheap deal, whatever Valencia's situation is. this is also a 29 yr old who has reached double figures in the league only twice I think. tbf, I'm guessing his starts would come in the cup comps which his stats look better for. I'm still baffled by this one…

Spanish international striker. Super player. Hope we can do it. Won't be easy. Watkins deffo a good backup.

I’d rather have Watkins personally. If €40million is the price. At 29 I don’t see that as great value in comparison to Watkins

I think Rodrigo would be a great signing, what ball park are we talking wage wise for him? Or is a deal to be had on that given Valencia’s financial issues?

We need goals in the team, he would be a decent addition if played on the wing, scored 1 goal for Bolton in 17 games. 14 for Valencia in 172 games! But we need a goal scorer whos Premier League capable, cant just rely on Bamford alone.

Need to get him. Orta and Radz in 14 day quarantine when back which is nearly season start so no more trips abroad

According to reports from Super Deporte, Leeds have already spoken to the player’s father about his potential move to the Premier League.

Valencia are selling some of their key players and are looking to reduce their operating budget ahead of next season.

The player reportedly wants a move to Leeds, with a 40million Euro fee (around £36million) being mentioned as a meeting point.