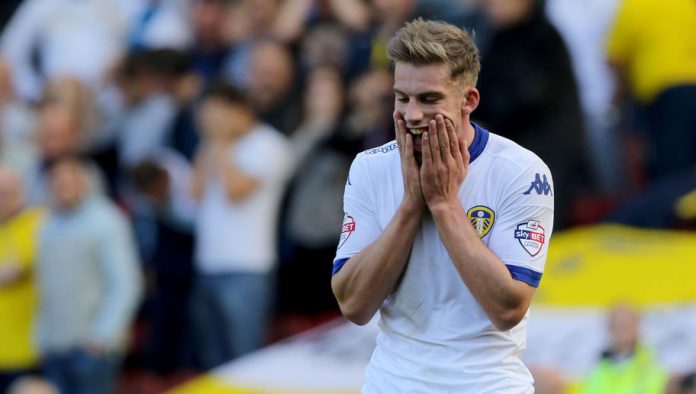 Leeds United defender, Charlie Taylor, is ready to return to first team action after nursing his Achilles injury he suffered before Christmas.

Garry Monk, the Leeds manager, considers him an important player in the side, and doesn’t expect him to remain on the fringes for long.

Before the injury, Taylor was ever-present for Leeds, and had established himself as a competent left-back. However, he is now facing a strong competition from Gaetano Berardi for the starting role at the club.

Berardi’s versatility and professional approach towards his game has impressed Monk deeply. He was superb in the last match against Sheffield Wednesday, making some aggressive tackles and as many as five interceptions.

Monk, however, rates Taylor highly and wants him to stay at the club. The 23-year-old is out of contract at the end of the season, and has not shown any indication to pen a new contract extension.

The player even issued a transfer request last summer which was denied by the club. His injury during the transfer window meant Leeds did not receive any tempting bids for him.

The Whites did not show enough appetite for cashing in on a defender who has few months left on his contract. He appears set on leaving Leeds, and according to Yorkshire Post, a move to Liverpool is possible.

James Milner, a natural midfielder, has played as a left-back for Liverpool for the majority of the 2016-17 campaign, while Alberto Moreno has proved to be error prone.

Jurgen Klopp knows that he needs to bolster his defence in the summer. Taylor could be an option for the Reds, but a lot depends on his form and fitness.