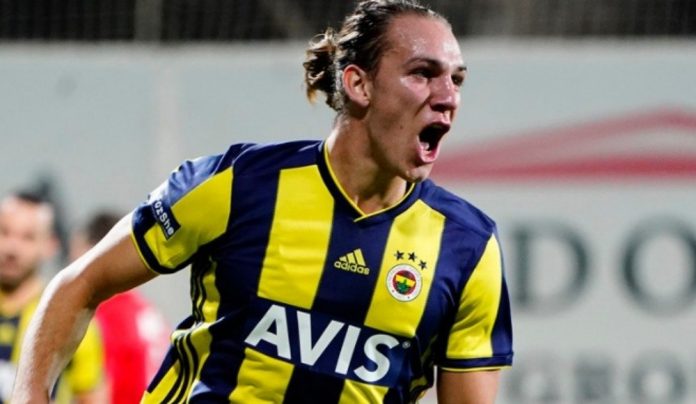 Leeds United are interested in signing the Swedish striker Michael Frey this summer.

According to Turkish Journalist Ozan Kosar (translated by Sportwitness), the Championship outfit will make a move for the player very soon.

The transfer will be a loan deal if it goes through.

Leeds have been linked with Frey for a while now and it will be interesting to see if they can get the deal over the line now.

The Whites are in desperate need of strikers and Frey might prove to be a useful addition.

Leeds will be without Kemar Roofe next season and Bielsa will have to bring in adequate replacements.

Last season, Roofe’s injury towards the end of the season cost the Whites dearly. They cannot afford to make the same mistake again.

Frey managed to score 5 goals for Fenerbahce last season and he will be looking to regain his form and confidence at Elland Road if the move goes through.

The 25-year-old has the talent to succeed in English football and a fresh start might just do the trick. He also has the physique to adapt to the Championship.

Also, Bielsa is a top-class coach who improves players. A loan to Leeds might help Frey develop as a footballer as well.