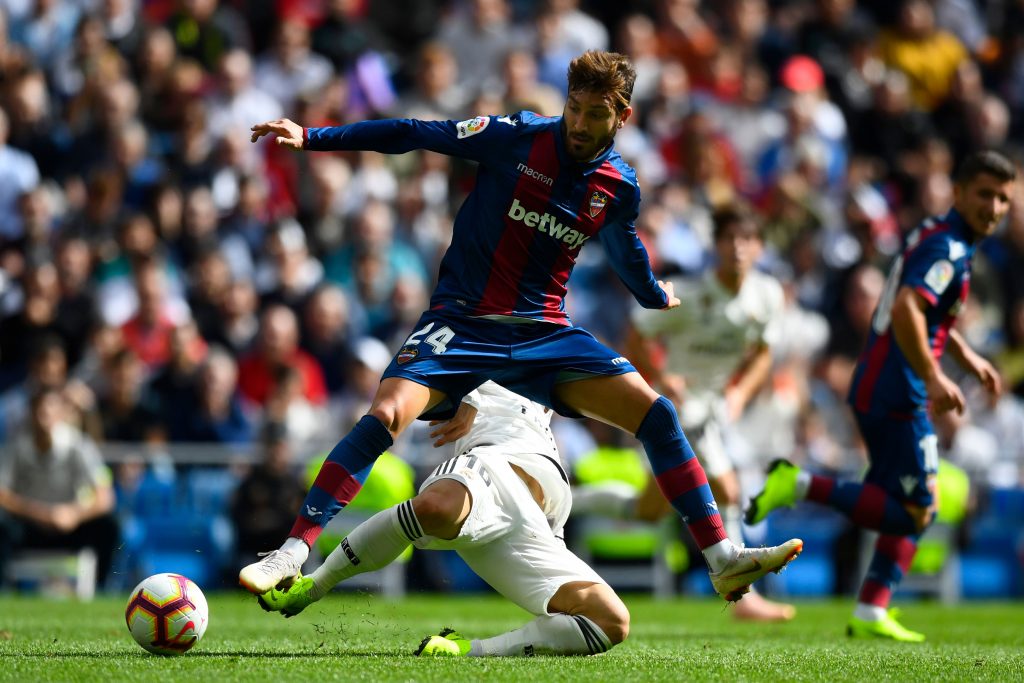 Leeds United have been linked with a move for the Levate midfielder Jose Campana.

The 27-year-old had a very good season in the Spanish league last year and he could prove to be a quality addition to Marcelo Bielsa’s midfield.

The Premier League side have been linked with Argentine midfielder Rodrigo de Paul as well, but the asking price could scupper any potential move.

It seems that Campana could be his alternative this summer as per Super Deporte.

The 27-year-old scored twice and picked up seven assists for Levante last season and he would add more creativity to the Leeds United midfield.

According to reports, the midfielder is valued at €30m It will be interesting to see if Leeds United are willing to fork out that kind of money for Campana.

There is no doubt that he has the quality to succeed in the Premier League and perhaps justify the asking price in the next few seasons.

However, Leeds United have spent a lot of money on Rodrigo and Robin Koch so far and they will find it difficult to shell out another €30m for the 27-year-old.

Apparently, Jose Campana is open to a move this summer and it will be interesting to see if Leeds United can convince the Spanish club to lower their demands in the coming weeks.