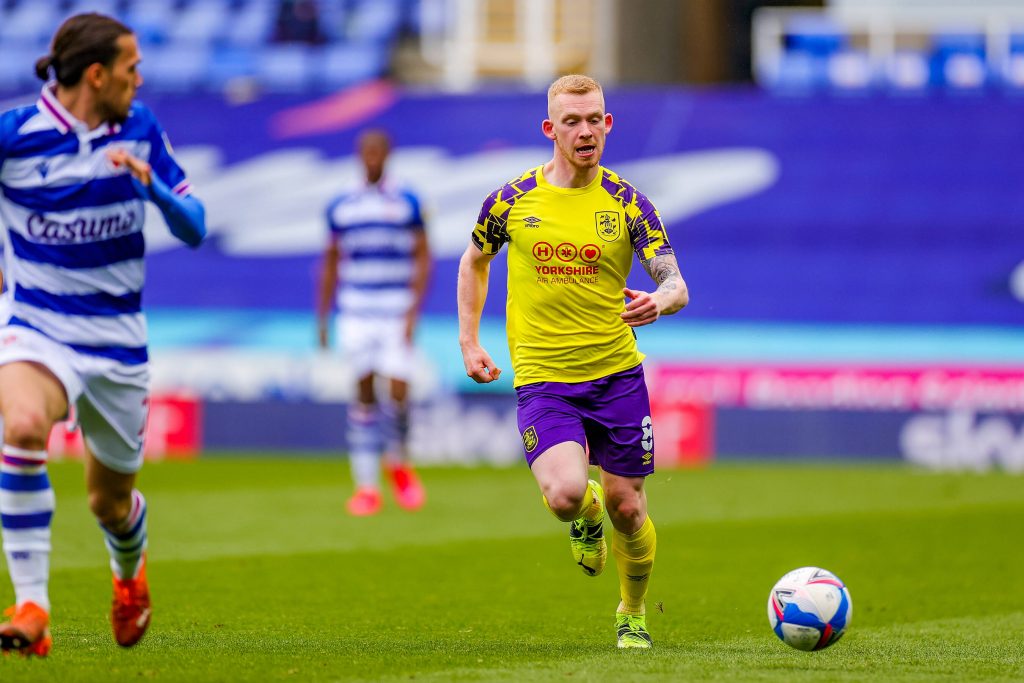 The Sun’s Alan Nixon claims that Leeds have joined a host of clubs to sign the highly-rated midfielder who was the club’s player of the year last season.

LEEDS. Looking for a midfielder with legs. May have found on doorstep with Lewis O'Brien at HUDDERSFIELD. Joined clubs taking a keen interest. Runs all day.

Leeds are looking to bolster their midfield this summer, with the Whites apparently looking to sign a player who “runs all day”.

The Whites have been heavily linked with a move for Nahitan Nandez, but it seems they are keeping close tabs on domestic players.

Leeds have taken “keen interest” in the midfielder, and the club have probably have been scouting him for a while.

O’Brien has benefited from playing under Carlos Corberan, former assistant to Marcelo Bielsa, who shares the same philosophy as the Argentine.

The 22-year-old bagged three goals and three assists in the Championship last season, and he would be a smart addition for the club.

Bielsa likes versatile players and can play in multiple positions, and that is where O’Brien looks like an exciting prospect.

O’Brien has bundles of energy and room for development and is a player who theoretically should be a good fit in Bielsa’s system.

Leeds are also reportedly keen on signing Junior Firpo from Barcelona this summer.