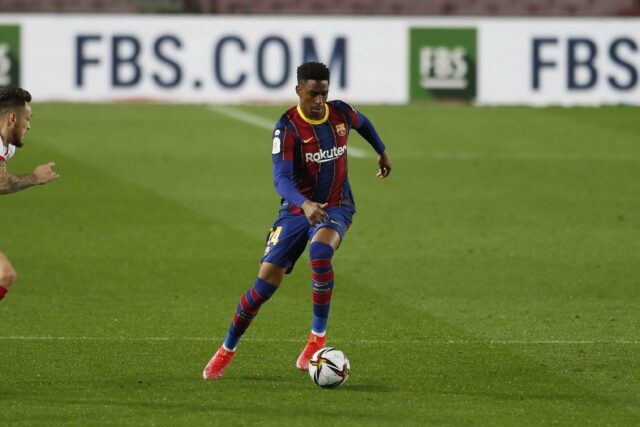 According to Ferran Martinez, a journalist for Mundo Deportivo (h/t Barca Times), the Whites are keen to sign Firpo, but they face competition from Serie A giants AC Milan.

📰 [MD – @martinezferran🥇] | Leeds United have joined the bid for Junior Firpo, but the left-back prefers AC Milan, who are leading the race for his signature in a loan deal with a mandatory purchase option pic.twitter.com/7BpvFYCmUx

The report claims that Milan are best placed to sign the 24-year-old versatile defender. They want to sign him on loan with the view of making the deal permanent.

Firpo does not want to continue in La Liga, and the message has been communicated by his agent to Barcelona.

The Spaniard hasn’t rejected the idea of joining Leeds, while West Ham and Southampton are also vying for his signature.

Inter Milan are also keen to sign him, but it seems Milan are leading the race. They have returned to the Champions League after a seven-year absence, and they are more open to reaching an agreement with Barcelona.

Marcelo Bielsa loves to work with versatile players, and Fipro definitely ticks all the boxes. He can also play as a centre-back if needed.

At Barcelona, Firpo has played second fiddle to Jordi Alba since joining the Blaugrana in the summer of 2019, but he is a player of immense potential.

Leeds need a solid left-back this summer with Ezgjan Alioski’s future in doubt.

Stuart Dallas can play as a left-back, but he operated in midfield towards the end of last season.