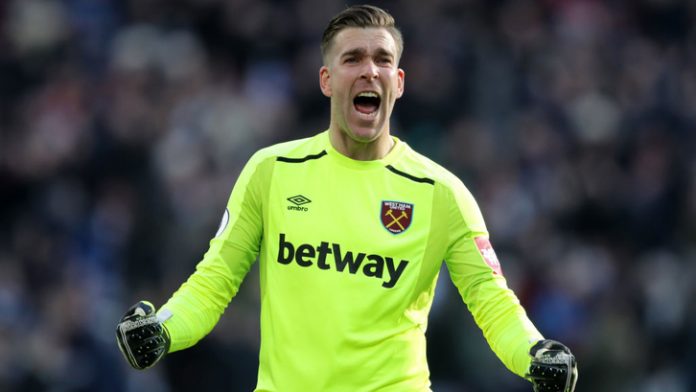 West Ham have recently confirmed the release of goalkeeper Adrian.

The experienced shot-stopper is a free agent now and some of the Leeds fans believe that the club should sign him.

After Kiko Casilla’s shocker against Derby County, the fans seem to have lost some faith in the former Real Madrid man.

It will be interesting to see if Marcelo Bielsa moves for another keeper this summer.

If they do, Adrian could be a solid addition. The Spaniard is an impressive shot-stopper who can make a difference for Leeds in the Championship.

Furthermore, he has a lot of experience and he could help the dressing room on and off the pitch.

The 32-year-old has played over a 100 games for West Ham in the Premier League.

Leeds need to add to their squad this summer and bringing in someone like Adrian will free up the funds for other players.

On a free transfer, this should be a no brainer for Bielsa and Leeds United.

Some of the Leeds fans have taken to Twitter to share their thoughts on the player and here are some of the reactions.

Adrian would be great

Adrian released by West Ham. Would 100% take him #lufc pic.twitter.com/DrMDi6MJRO

Adrian to @LUFC would be a great shout if Casilla was to go imo. https://t.co/JPCA3fYLv2

we should get Adrian to replace Cassila #lufc #mot