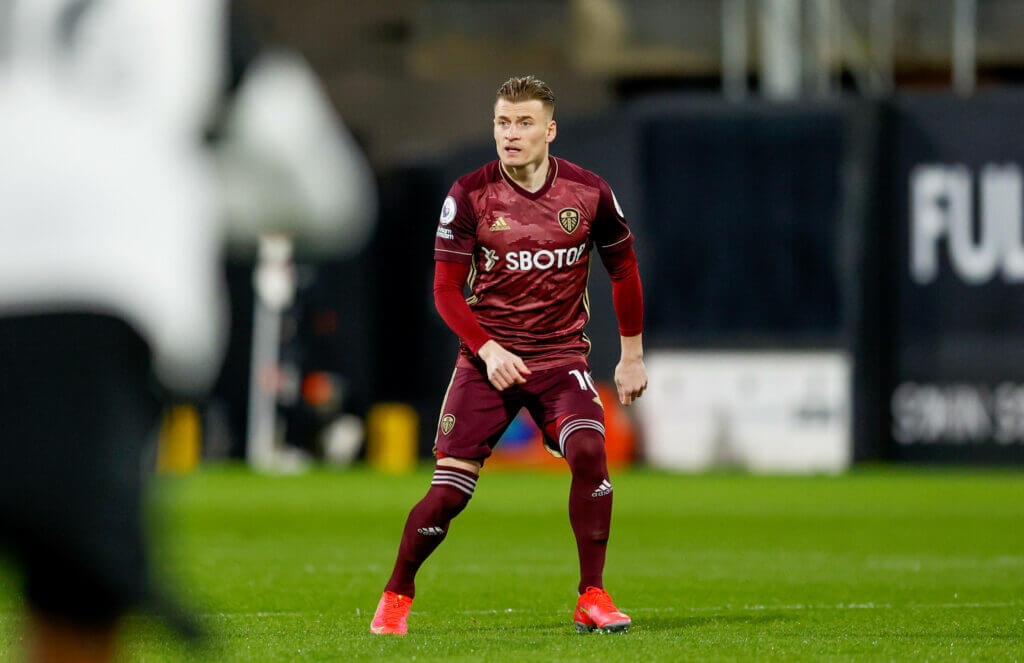 Ezgjan Alioski took to social networking site Twitter to share his reaction after North Macedonia lost against Romania on Thursday.

The 29-year-old winger provided an assist for Arijan Ademi as Romania lost 3-2.

Alioski also picked up a yellow card during the game. He posted this message on Twitter:

Alioski has been brilliant for Leeds this season in the Premier League.

The versatile attacking midfielder, who has mostly played as a left-back under Marcelo Bielsa, has started in 20 games this season, and a further seven appearances have come from the bench. He has also scored two goals.

According to reports from Football Insider, Alioski has agreed a pre-contract deal with Turkish outfit Galatasaray.

Alioski is out of contract in the summer, and the Whites have failed to agree a new deal with him. He looks set to leave on a free transfer at the end of the season, and Galatasaray could be his next destination.

Some Leeds fans feel that Alioski’s legacy at the club will be destroyed if he moves to the Turkish club.

MOTM yesterday, great cross for the assist 🇲🇰 unlucky with the result, we were the better team

If you do go allioski, thanks for your time with us , you've been brilliant, and you were probably to young to remember that vile crime , but just have a look on the Web how them vile pigs tuant lufc with knife gestures, good luck you will need it at that pig club and pig fans

Ffs you people shut up. It's all hear say. …..shame on you all.. our alioski is our leeds family. Hes leeds now and still will be after the break
Gives his all for us .. and bloody proud of him…… enjoy your football our alioski.

Best of luck anyway lad. Been a top player for us

Ezgian we love you at Leeds. Good luck in whatever you do

U look better in white Gjani 😁

Galatasaray fans are waiting for you 😉

Alioski has been a solid servant for the club, and Leeds will have to sign a good replacement for him in the summer.

In other news, Arsenal want Nabil Fekir in the summer transfer window.