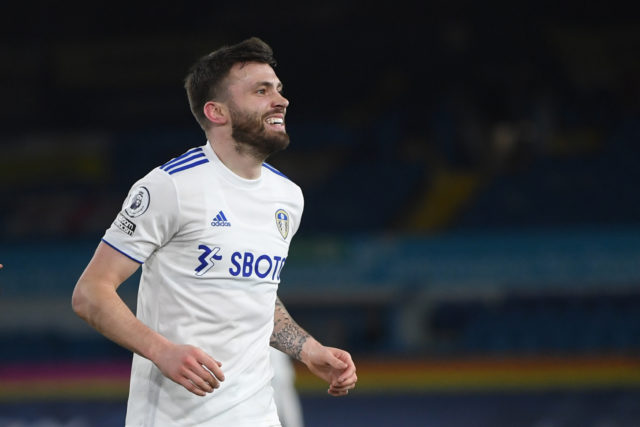 Leeds United have posted a brilliant tweet about Stuart Dallas and the Whites fans are just loving it.

Dallas has been superb once again for Leeds this season, and the Yorkshire club have posted his season heat map.

Dallas has made 25 appearances in the Premier League this season. He has scored five goals, provided two assists and played in multiple positions.

The 29-year-old was simply outstanding in the Championship last season, and he has been brilliant once again in the Premier League. He is the epitome of consistency, and one Leeds fan has rightly compared him with club legend Paul Madeley.

To be fair, if Meslier is unavailable, I would much rather Dallas than the other option.

I wasn’t convinced by Dallas prior to Bielsa, like a lot of players, how I was wrong! Been brilliant last few seasons under El Loco

Said it before he’s the 21st century Paul Madeley, he just keeps getting better and better wherever he plays

Don’t think there’s anybody else in the premier league or other European leagues for that matter that can do what Dallas does for Leeds. Plays everywhere and can do everything. Probably the most underrated player in football today.

Has to be up there as one of our best players. Absolute work horse and fantastic all over the pitch. 👏

Madeley played throughout his career (1963-1980) at Leeds where he earned a reputation for his versatility. Dallas is gradually reaching that level and he is absolutely vital to this Leeds side under Marcelo Bielsa.

The Argentine loves players who can perform multiple roles and he is getting the best out of the Northern Ireland defender.

Dallas has mostly played as a left-back this season. However, he was shifted to right-back after both Robin Koch and Diego Llorente got injured.

In the absence of Kalvin Phillips, Bielsa had to reshuffle his system, and Dallas also played in midfield at times.

Dallas was superb during Leeds’ 3-0 win over Southampton where he scored a brilliant goal with a toe-poke.

In case, the hangover of the victory is still on – check out Raphinha’s touching tribute to Ronaldinho’s mother.