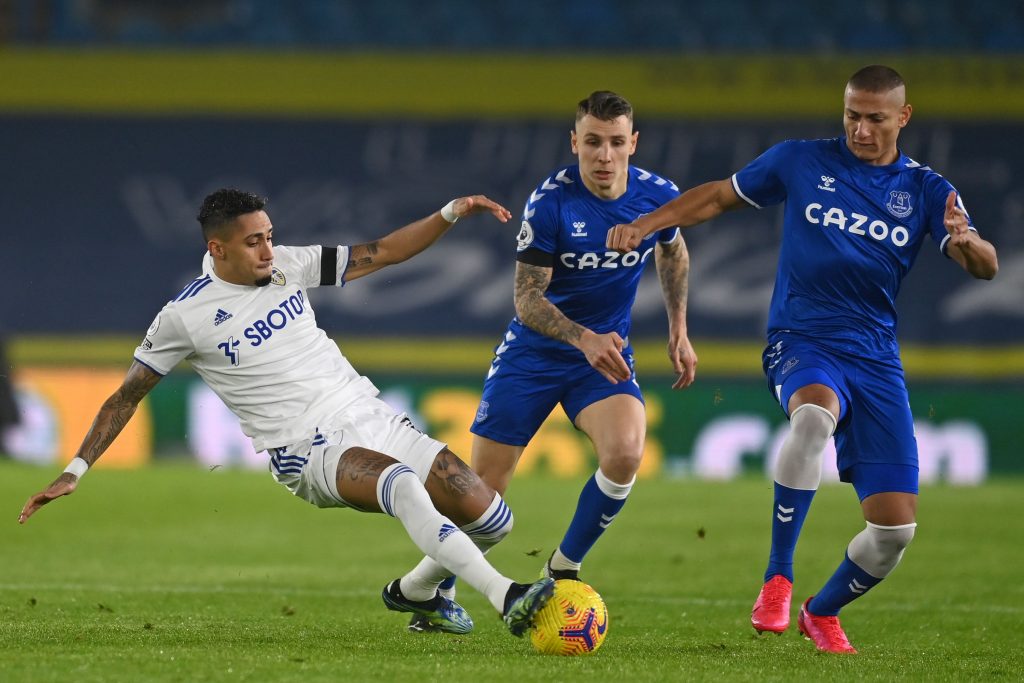 Leeds United slipped to a 2-1 defeat at home to Everton last night and Marcelo Bielsa will be disappointed with the defensive performance of his players.

The home side were vulnerable at the back and they will have to improve defensively if they want to secure a top-half finish this season.

The Whites conceded twice in the first half but Raphinha brought them back into the game three minutes into the second half with a well-taken goal.

The Brazilian was outstanding for Leeds throughout the game and he harassed the Everton defenders with his pace and flair.

The summer signing has made quite an impact at Leeds so far. The Whites will feel that they have struck an impressive bargain with his signing this season. The Brazilian is still quite young and he is likely to get better with time.

The 24-year-old always looks like he’s capable of going past defenders and unlocking the opposition defence.

Here is what some Whites fans had to say about his performance against the Toffees last night.

@LCRigg95 what this doesn’t show is the relentless running and tracking back he does for the team too, pulled Rennes pants right down for £17m

Man of the match for me. It’s a shame BT let former Everton player Leon Osman choose man of the match. Doesn’t always have to be from the winning team.