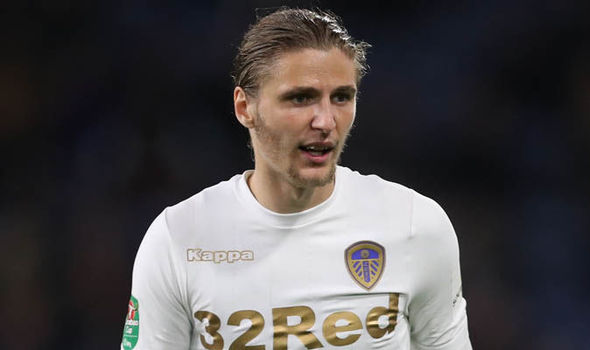 Pabel Cibicki, the summer signing from Malmo FF, did his first-team chances no harm as he scored two quick goals during Leeds U23 game against Sheffield Wednesday on Friday at Thorp Arch.

The Swede is yet to feature in any of Paul Heckingbottom’s three games as manager, and that he was used in the under-23s, a day before the first team faces Brentford, shows how far he has dropped down the pecking order at the club.

The 24-year-old did his best to show his new manager what he has been missing with two quick goals inside the first 100 seconds. In fact, that’s the only way he can force his way into his new manager’s first team plans.

In Carlos Corberan’s 4-5-1 formation, he played as a false nine. He was easily the most advanced player but also dropped deep when required.

Most importantly it was his overall energy that impressed everyone. He kept looking for key passes, and found himself in good pockets of spaces.

Leeds snatched a 3-1 victory, but it was Cibicki’s performance that was the main talking point afterwards.

Would rather have cibicki in 1st team squad than sackho at least he can put in a decent cross. SAIZ for England!

Not Sacko’s biggest fan but he made a huge difference when he came on against Bristol. Sacko’s pace + Cibicki’s delivery would be an ideal winger!

Cibicki, Grot and Buoy ahould be regulars in the first team lineup. Shocking by Higginbottom and TCbefore him to be honest.

#LUFC Cibicki and Buoy been impressive so far, as have the team in general. Slotted into the side seamlessly. I love how comfortable this team is on the ball. Quick, intricate passing, and spraying it across the pitch. Happy to be patient, waiting for an opening, then quick…

Cibicki i would say is up there as one of the best 5 players at the club. shocking that he is being continually overlooked.

Seems to have been a very good performance from Pawel Cibicki for the Leeds under-23s today.. #lufc #mot