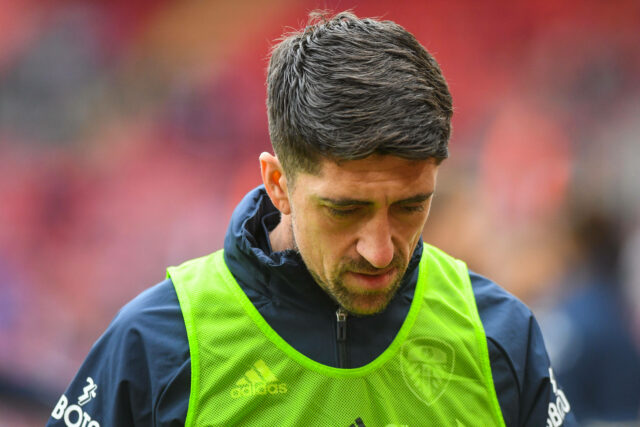 Leeds United duo Pablo Hernandez and Gaetano Berardi will leave the club at the end of the season.

The Whites have confirmed their departures on the club’s official website.

“Leeds United can confirm two more of our promotion heroes, Gaetano Berardi and Pablo Hernandez will sadly leave the club at the end of the season,” the statement read.

Both players played a massive role in taking Leeds back to the Premier League after a 16-year absence. They will definitely go down in the club’s history as heroes.

In a passionate post, the club added: “The club cannot put into words the gratitude and thanks we share for both players.”

Hernandez is adored by Leeds fans – here are some selected comments from Twitter:

Pablo 😭 what can we say about him? Has dragged us through the last few years. Without doubt our most important player of this century. A complete inspiration and Leeds United legend.

Jesus. Sunday is gunna be a day of onion peeling at 4pm. Really hope both of them play. They have to play. #mot #alaw #elmago #beradifightclub

Two players who gave their all for us for many season. Thank you for your years of hard work getting us back up and for staying with the club through the chaos of your first few years with us !

2 players cemented in the clubs history, I and other Leeds fans wish them best in their future endeavours. You won’t be forgotten.

Both players have given everything and more , and will never be forgotten in our sides revival .
Thanks lads always Leeds and always welcome 💙💛🤍

Both players are extremely popular among the fans, and they have been model professionals.

Hernandez was outstanding in the Championship for Leeds under Marcelo Bielsa. However, he has struggled for game time this season.

El Mago, as he is popularly known, produced his best moment in a Leeds shirt when he netted the winner against former club Swansea City as the Whites took a gigantic step in achieving promotion.

Berardi joined the club in 2014 and quickly established himself as a key player.

Under Bielsa, he was switched from his usual full-back position to centre-back, and he did exceptionally well, despite missing a chunk of the season through injury.

The Swiss played a key part in helping Leeds win promotion to the Premier League, making 24 more appearances in all competitions.

He has struggled with a knee injury which has limited him to just one Premier League appearance this season.