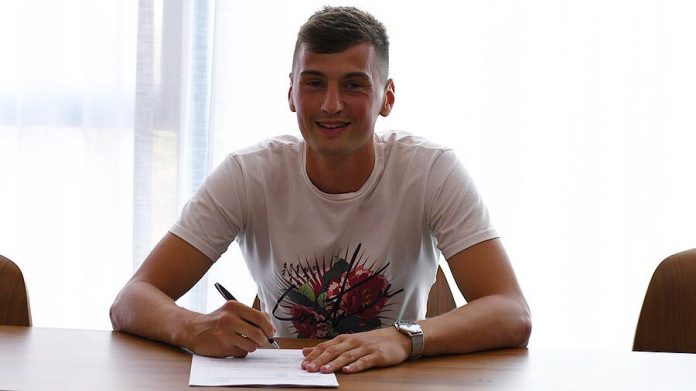 Paudie O’Connor has taken to social networking site Twitter to express his reaction after securing a loan switch from Leeds United.

The Whites defender has joined League One side Blackpool on a season-long loan deal, and the move was confirmed by the Yorkshire club.

The 20-year-old signed a new two-year contract at the club last week before making the loan switch. He is a highly rated young talent and will join Gary Bowyer’s side for the 2018-19 campaign in a bid to gain first-team experience.

Excited to sign on loan @BlackpoolFC for the year! Looking forward to what’s hopefully a big season ahead ⚽?? pic.twitter.com/EgYANXUBVk

The youngster has made three senior appearances for the Whites so far having made his debut against Sunderland in April .

The Irishman joined United last summer and was handed the armband for Carlos Corberan’s under-23s side.

After impressing for both the development and senior team O’Connor will now be looking to make a strong impact in League One in a bid to continue his first-team football experience.

O’Connor becomes the latest player to have joined the long list of exits from Leeds United after fellow defender Tyler Denton joined Peterborough United on loan for the season.

Good luck pal, have a cracking season. 1st team football’s what you need.
See you next season!

Gutted. Thought you did more than enough back end of last season to be fighting for a place. Best of luck anyway pal.

Good luck have a good season, but can’t wait to see you back in a Leeds shirt

Good luck mate hope you do well and we will see you when you get back MOT ?

All the best Paudie will be great experience for you and help you kick on next season. Good luck fella #MOT