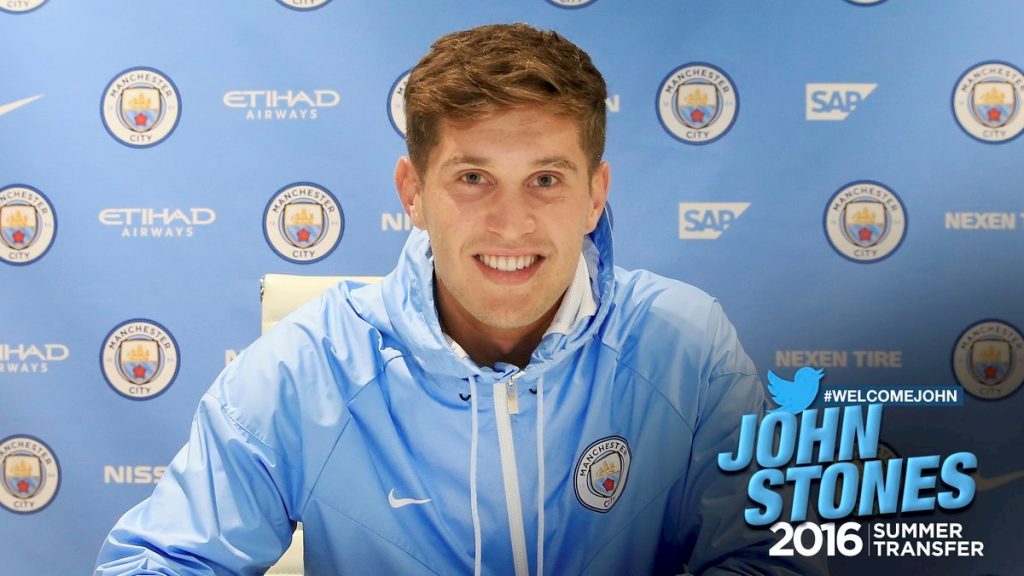 Everton defender John Stones has been registered with UEFA as a Manchester City player.

The England international has been linked with a move to Chelsea and Manchester United as well, but it seems that the young centre back is heading for Etihad.

The player was named in Manchester City’s Champions League squad on the UEFA official website. 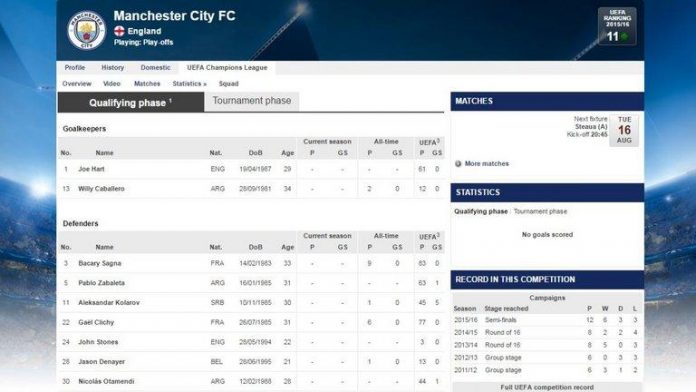 UEFA have confirmed that Stones has been registered as a Manchester City player and they are double checking the transfer right now.

Their statement read: “He has been registered to play (for City). We are double-checking now as we have had a lot of calls about this.” 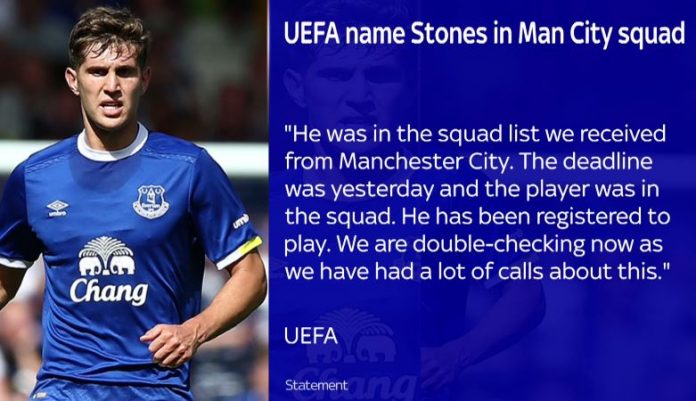 Although there is no official confirmation yet, it is evident that a transfer is all but done.

Apparently, Everton will receive a fee of around 42 million pounds for the England defender.

UEFA list John Stones as a Man City player in CL squads as reports say City have paid £42m for him – or the same as they paid for Mangala.

Do Uefa know something we don’t?

They have John Stones down as a Manchester City player…https://t.co/9FUl3DCdLQ pic.twitter.com/3BKPpp73kH

Chelsea were desperate to sign him last summer and submitted several offers for the talented young centre back. Jose Mourinho has been a keen admirer of the Everton star and he was linked with a move to Old Trafford as well. 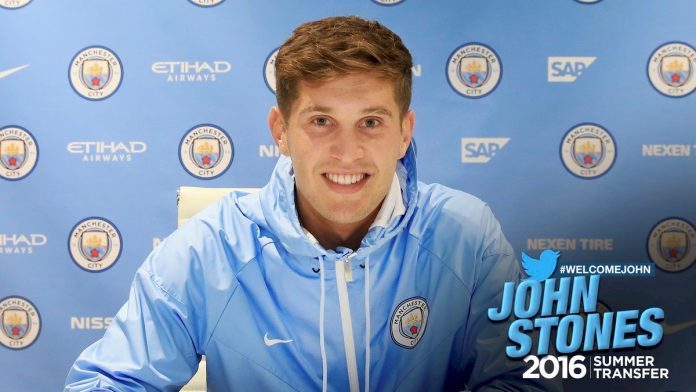 Latest Update (11 am BST): Manchester City have announced the signing of John Stones from Everton.

The Merseyside outfit will receive a fee of 47.5 million pounds for the England international.

Stones has signed a six-year contract with the Pep Guardiola’s side.

Stones said on City’s website: “I’m absolutely delighted to sign for City and now the deal’s done I’m looking forward to the next stage in my career. I’ve obviously seen what’s going on here at the Etihad, it’s an ambitious Club with a great manager so I can’t wait to get stuck in and help achieve the goals.”

“I know it will be tough getting a place in this team but I’m determined to become the best player I can be and help us to success. I had a wonderful time with Everton and wish them and their fans all the best but now I’ll give my all for City.”

Txiki Begiristain, City’s director of football said: “John is an excellent young English defender and we are all really pleased he is joining us. We have worked hard to bring him to City and we feel we are signing one of the best central defenders in Europe.”

Guardiola echoed added: “We want to help John show his quality with us and improve on what he has already achieved. I like the way he plays the game and I’m looking forward to welcoming him into the squad.”

Pep Guardiola has signed some of the best young talents in the world in his very first transfer window.