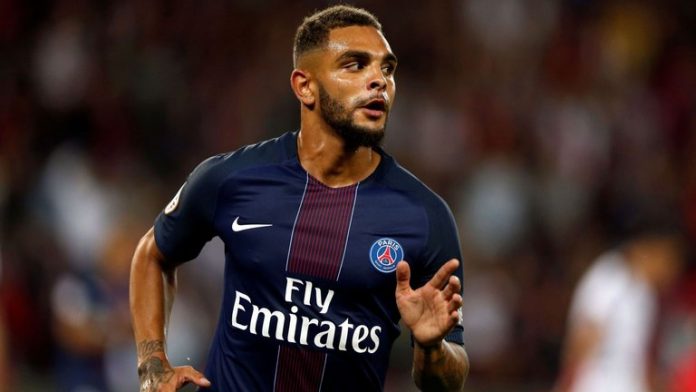 The Blues have been chasing Roma defender Emerson Palmieri, but top Italian journalist Gianluca Di Marzio has claimed that deal is in jeopardy.

Kurzawa began his career at Monaco in 2010 and went on to make almost 100 senior appearances for the club.

The 25-year-old has scored 11 goals in 69 appearances for PSG and the French giants are understood to be reluctant to sell him during the season.

Chelsea had been aiming to complete a double swoop for Palmieri and striker Edin Dzeko, but both transfers have proved difficult to complete.

Blues’ boss Antonio Conte has repeated his criticisms of Chelsea’s transfer business in recent days and his own future has been called into question.

Kurzawa would be an excellent addition to Chelsea’s defensive options, but it would undoubtedly take a sizeable fee to persuade PSG to let him go during the January transfer window,