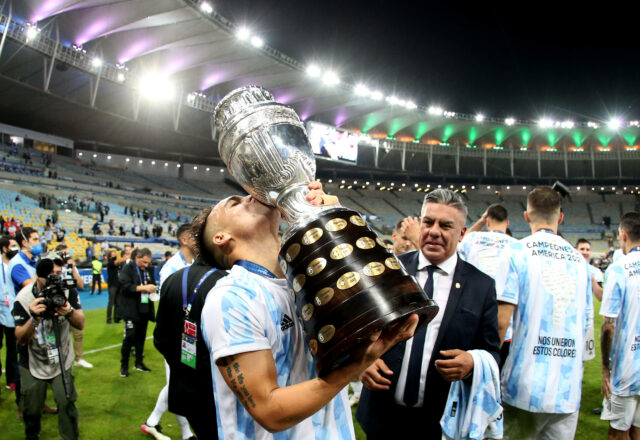 Tottenham Hotspur are looking to add a striker to their ranks this summer, irrespective of what the future holds for Harry Kane.

They have earmarked Inter Milan’s Lautaro Martinez as a potential option.

We covered reports yesterday that Spurs have agreed a £60 million deal with Inter for their star striker.

Nuno Espirito Santo wants to play two up front. He views Martinez and Kane as an ideal combination.

Cash-strapped Inter are keen to hold on to Martinez, with Romelu Lukaku now set to leave the club to join Chelsea.

According to football.london, Martinez is keen on moving to north London and wants to play alongside compatriots Giovani Lo Celso and new-signing Cristian Romero.

Spurs are yet to agree personal terms with Martinez. Inter have strongly denied that an agreement was reached with Tottenham, and the club have made it clear that they do not want to sell Martinez.

It has been claimed that Spurs had reached an agreement in principle for a fee for Martinez last week but Chelsea’s late move to sign Lukaku has changed the landscape.

Fabio Paratici has convinced Daniel Levy that Martinez can play alongside Kane and take the club to the next level.

Martinez scored 19 goals and provided 11 assists for Inter last season as they won the Serie A title.

The Argentine striker, who turns 24 later this month and has two years left on his contract, scored three goals in six matches in the Copa America this summer and helped his country win the tournament.