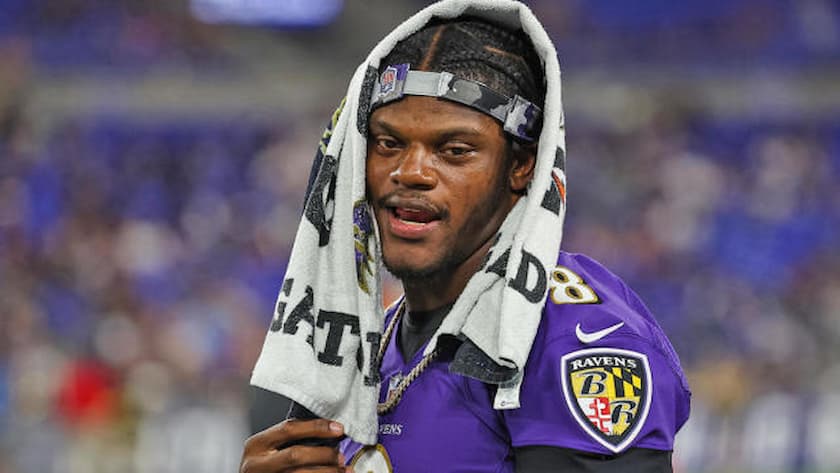 As week two of the 2022/23 NFL season is about to get underway, Lamar Jackson has told the media he is done talking about contract negotiations with the Ravens.

A few weeks ago, Jackson set a deadline which stopped contract negotiations with the Ravens once the new season began. However, this halt in negotiations also seems to apply for media speculation regarding the contract.

In a recent interview Jackson said: “I told you guys before, I was going to be with it Week 1, week 1 is over with. We’re done talking about it. I’m focused on the Dolphins.”

This comes after last week it was revealed that Jackson had turned down a deal worth almost $250 million from the Ravens. This deal included more guaranteed cash than ones signed by Russel Wilson and Kyler Murray, but Jackson has his eyes set on a fully guaranteed contract.

The Baltimore Ravens will be nervous regarding this situation as the start quarterback will be eligible for unrestricted free agency at the end of the season. However, it’s believed that Jackson will be traded before then.

Jackson showed the Ravens his worth at the weekend as he played an outstanding game, capping off a hattrick of touchdowns with a no-look pass. Whilst fans were celebrating the smashing off the Jett’s, Steve Biscotti will be wondering if the Ravens could’ve done more to get the contract signed.

Lamar Jackson and the Ravens host the Miami Dolphins at the weekend and Ravens are -178 to Win with Bovada one of the best NFL betting sites.