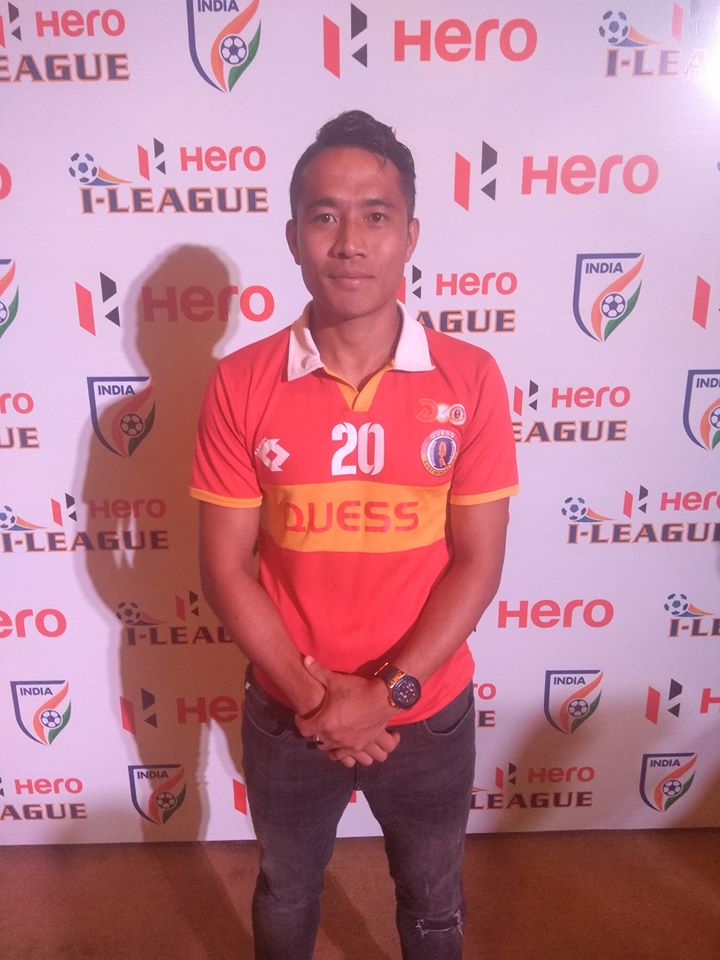 The Hero I–League has witnessed many a fairy-tale in recent years with underdogs such as Aizawl FC, Minerva Punjab FC (now Punjab FC) and Chennai City FC winning the previous three editions, but last season was one heck of a campaign.

Last season’s new-comers Real Kashmir created a flutter and were the title contenders at one point, but the way the final day of the 12th edition of the I-League campaign unfolded was too much for the East Bengal and Chennai City fans, and even for the neutrals.

Lalrindika Ralte, popularly known as Dika, still feels the pain, but he is looking forward to the new season ahead. Ahead of the 13th edition of the Hero I-League, Dika spoke exclusively to Sportslens:

“Till 75th minute, it was still in our hands. The title swung away in the final 15 minutes. We were so badly hurt. The fans were so disappointed.

“But it’s over now. Our preparation is very good. This is our centenary year. If we can win this year, it will be the best gift for the club, and the fans. And we will give our everything to win the title.”

Reflecting on the CFL this season, Dika feels that it wasn’t the ideal platform going into the tournament. Due to the regulation of fielding foreign players, they couldn’t play to the best of their potential.

He feels the preparation is a lot better this time around. The confidence stems out from an excellent pre-season and expects everyone to learn from the mistakes of last season.

“Only two foreigners were allowed to play in CFL. We didn’t get the time to work as a unit. Now, we’re gelling well as a team. We’re picking up the tactics of the coach, we’re learning new things, and the balance of the squad looks perfect.

“The preparation this season has been fantastic, compared to last season. We have played in the Durand Cup, the CFL, and then we spent a lot of time in pre-season. We have learnt from the mistakes of last year. We have watched videos of it, and I’m sure we will not make the same mistake again.”

Dika especially feels that the pre-season he had this time was very crucial for his own improvement. More than the results, he feels it was important to get into a good physical shape and grasp the game-plan of the club-coach, Alejandro Garcia.

“Pre-season is vital for fitness. We are getting to learn the gameplan of the coach. The new lads at the club are trying to gel with other players, trying to adapt to the new system. They have got the opportunity to impress everyone. Most importantly, the amount of physical work done with the trainers to get out fitness in shape was so crucial.”

Dika insists that East Bengal need to make a good start this season. He points out that last season they made a stuttering start, and then picked up the tempo that probably reached its crescendo against Real Kashmir where they won 1-2 in Delhi.

“We made a slow start last season. We lost points early on. Then gradually we built on momentum and kept our hopes alive till the end in the league. We showed tremendous fighting spirit. We will take the positives from last season, and will ensure we learn from the mistakes at the same time.”