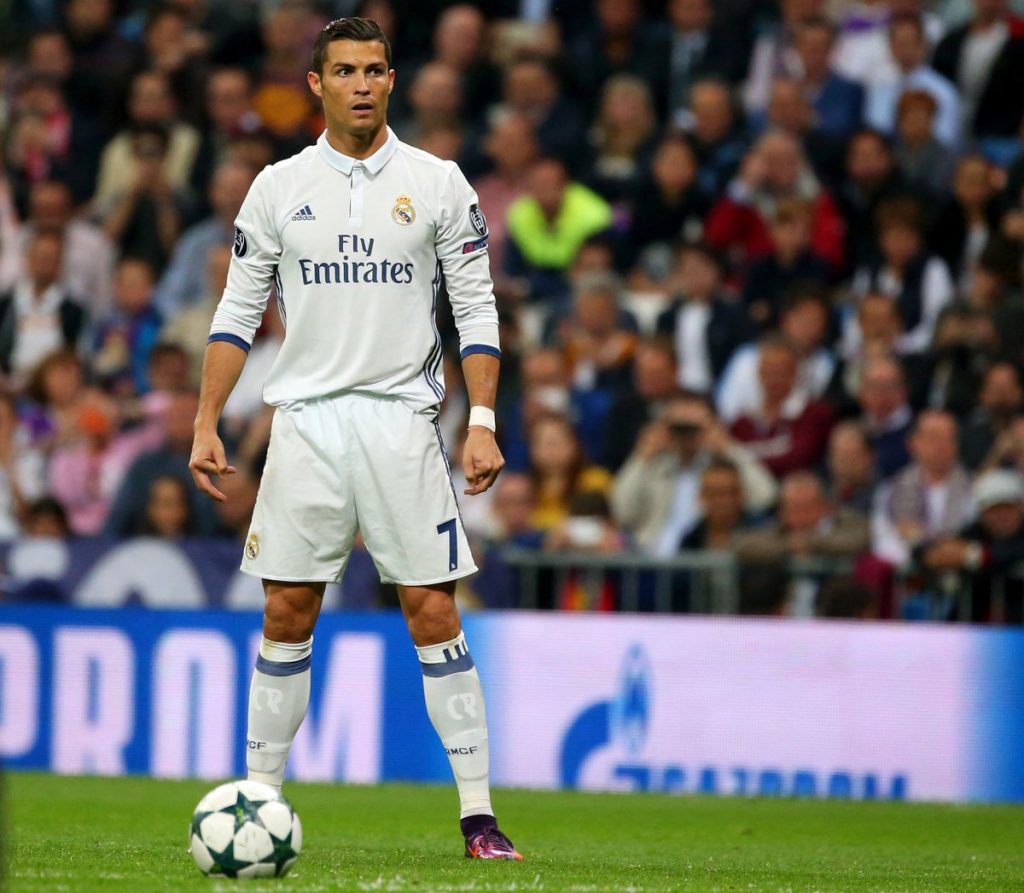 Real Madrid maintained their two-point lead at the top of La Liga after beating Alaves 4-1 on Saturday. Cristiano Ronaldo returned to his best at Mendizorrotza and finished the day with a hat-trick to his name.

The Portuguese scored from the spot to level the score in the first half after Madrid went behind through Deyverson. He added two further goals but also saw a spot-kick saved by Alaves goalkeeper Fernando Pacheco 10 minutes from time.

Alvaro Morata got on the sheet for Los Blancos after coming on as a substitute. Madrid have yet to hit the top gear but are doing just fine to keep them above their rivals.

In the other half of Madrid, two goals apiece for Yannick Carrasco and striker Kevin Gameiro, saw Atlético beating Malaga 4-2 at the Calderon. 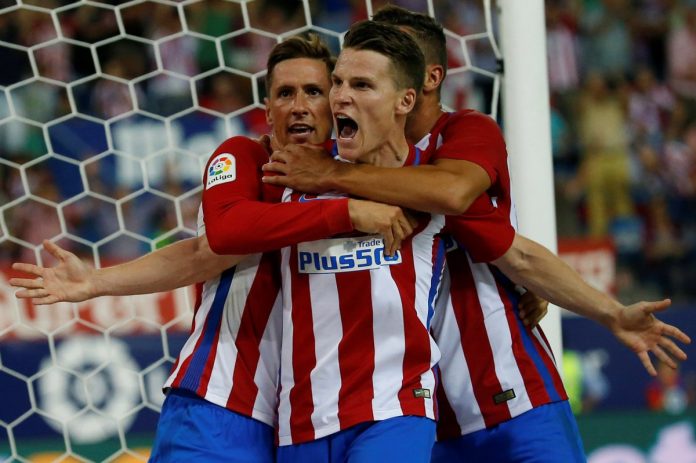 Gameiro, who joined this summer from Sevilla, is increasingly becoming an influential player for the club, having been involved in five goals (three goals, two assists) in five league appearances at home.

Atlético are known for their defensive resilience. This time, however, they have added more firepower in their attack and are scoring freely at home.

18 – Atletico de Madrid have scored more goals at home than any other side in Europe’s top five leagues this season. Artillery. pic.twitter.com/DKztdZioUi

Reigning La Liga champions Barcelona defeated bottom-of-the-table Granada by 1-0 and that had put them into second position ahead of Atlético.

It was a strange game for Barcelona. The star-studded forward line including Lionel Messi, Luis Suárez and Neymar missed several easy chances but they still managed to eek out the win.

An overhead kick from Rafinha Alcantara in the second half was enough to settle the tie. The Brazilian has been in excellent form and has scored five goals from just six shots in La Liga this season.

Sevilla were restricted to a frustrating 1-1 draw away to Sporting Gijón. The visitors started the day brightly when Luciano Vietto had put them ahead in the opening five minutes, but Gijon pulled one back through midfielder Moi Gómez.

The afternoon turned all the more frustrating for Jorge Sampaoli when Samir Nasri, who has revived his career after his loan move from Manchester City, was subbed at the break following an injury. 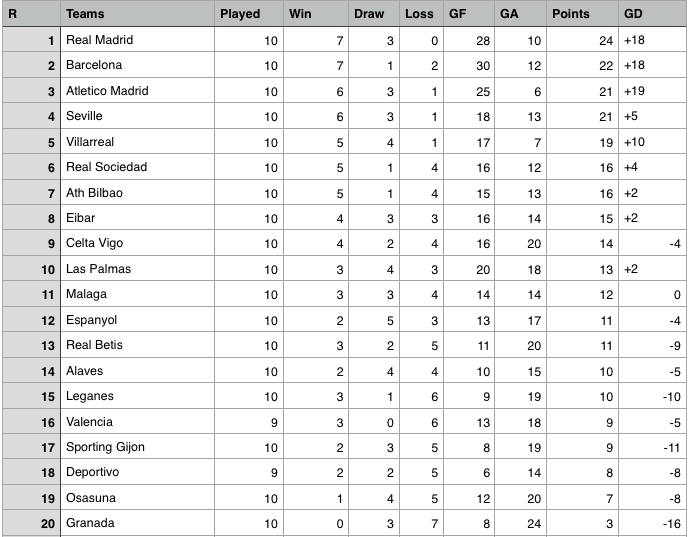 On Sunday, Las Palmas came from three goals down to salvage a 3-3 draw in a pulsating thriller against Celta Vigo, who had Sergi Gomez sent off in the second half.

Villarreal suffered their first defeat of the season when they lost 2-1 away to Eibar on Sunday. Goals from Ivan Ramis and Pedro Leon saw Eibar sealing a dramatic comeback against the Yellow Submarines.