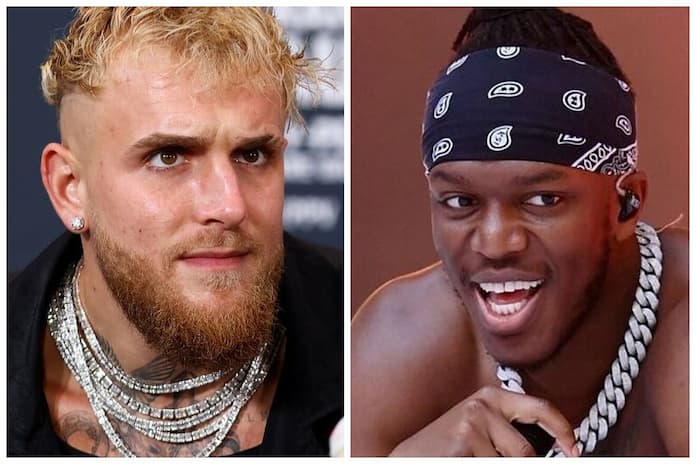 Ahead of their highly anticipated boxing match-up next weekend, lots of fellow fighters, celebrities and social media stars are giving their fight predictions for Jake Paul vs Anderson Silva. One of those people is KSI. The YouTuber/boxer believes ‘The Problem Child’ is in for a rude awakening.

With Jake Paul vs Anderson Silva just 10 days away, celebrities and boxing fans are beginning to give their predictions ahead of the fight.

Founder of Misfits Boxing, KSI, is one of those people who has weighed in with a prediction ahead of the fighter between former UFC star, Anderson Silva, and KSI’s bitter rival, Jake Paul.

On paper, this is the toughest test to date for Jake Paul. Anderson Silva has won in a boxing ring before, beating Julio Cesar Chavez Jr, a former legitimate world champion. This is a stern test for ‘The Problem Child’, no doubt about it.

Silva’s win against the former WBC World Middleweight Champion put the boxing world on notice, and shows he has some skills. Despite being 47-years-old, it is evident that the Brazilian MMA star is confident of dealing Paul his first professional boxing loss.

KSI thinks there could be an upset on the cards too, as he predicts the former long-reigning UFC champion will defeat the YouTube star. The Brit has plenty of reason to believe that Silva will be too much for Paul, after his impressive displays in the boxing ring in the past few years.

In an interview with Boxing Social, KSI stated that he is unsure whether Jake Paul can keep his winning streak going. The 29-year-old thinks he may have taken a bit too much of a gamble this time around.

“Honestly, I think he might have bitten off more than he can chew,” said the British Youtuber-turned-boxer.

Jake Paul vs Anderson Silva goes down next Saturday, October 29th. The Gila River Arena in Glendale, Arizona takes centre stage for this huge fight. The fight is available to purchase for US boxing fans on Showtime PPV for $59.99. For UK fans wishing to watch the fight, it is available on Fite TV for a price of £20.