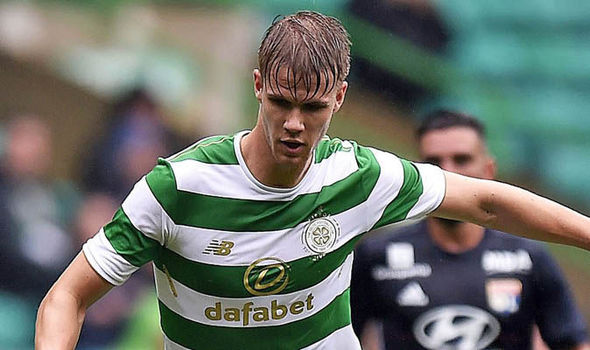 Celtic returned to winning ways after beating Aberdeen 2-0 in a crucial Scottish Premiership clash on Sunday.

Goals from Moussa Dembele and Kieran Tierney earned the Bhoys all three points against the Dons.

After the match, Celtic defender Kristoffer Ajer took to social networking site Twitter to express his reaction. He tweeted:

Celtic needed a strong response after their shock Europa League exit in the midweek. And they did it in some style, asserting complete dominance over the course of 90 minutes.

The Bhoys maintained 58% of possession during the game, and registered 11 shots, according to BBC Sport.

Celtic were not at their fluent best but they still did enough to see off the challenge from Aberdeen who have now lost all six crunch matches against the Old Firm this season.

With this victory, Celtic are nine points clear of second placed Rangers, whom they face at Ibrox in a fortnight.

Celtic fans responded to Ajar’s tweet and praised him for his brilliant effort. Here are some of the selected tweets:

Solid Kris. I don’t think ive seen a more promising centerback at your age at Celtic before. Big future hope and i hope it’s with us.