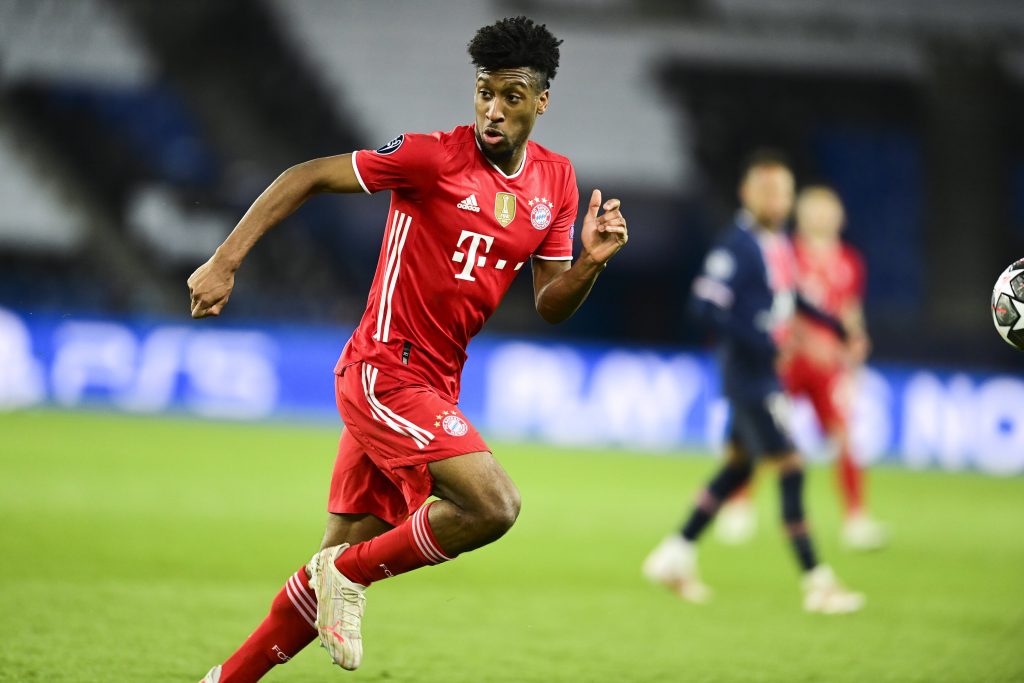 Kingsley Coman has demanded a €20 million per year contract from Bayern Munich amid reports that Manchester United are interested in his signature.

Coman first joined Bayern Munich as a teenager back in 2017 from Juventus, initially arriving on loan before the club exercised the option to make the deal permanent.

He has since made 200 appearances for the Bavarians, scoring 40 goals – including the winner in the 2020 Champions League final against Paris Saint-Germain.

The France international has been linked with a move to Manchester United, who are hunting for a new winger.

The Red Devils are likely to prioritise Borussia Dortmund’s Jadon Sancho again but may turn to Coman if they cannot sign the Englishman.

However, the Red Devils may have to shell out a huge sum to attract the Frenchman to Old Trafford, with reporter Florian Plettenberg claiming that he has demanded €20m per year from Bayern Munich.

For comparison, this would apparently make him the club’s highest-paid player, joint with star striker Robert Lewandowski.

Two weeks ago, Coman appointed Pini Zahavi as his agent. The Israeli oversaw the departure of defender David Alaba from the Allianz Arena, having also demanded a €20m annual salary.

Alaba was able to seal a move away from the Bundesliga as his contract was expiring in the summer. Without a transfer fee, it made things much easier for Real Madrid to sign the Austrian.

Coman has two years left on his current contract, possibly leaving him available on the cheap in a year. Plettenberg reports that Bayern Munich have offered him €13m per year.

The 24-year-old holds an impressive collection of winners’ medals. In his ten seasons as a professional, he has won the league title in every single one, as well as a Champions League and four other domestic honours.