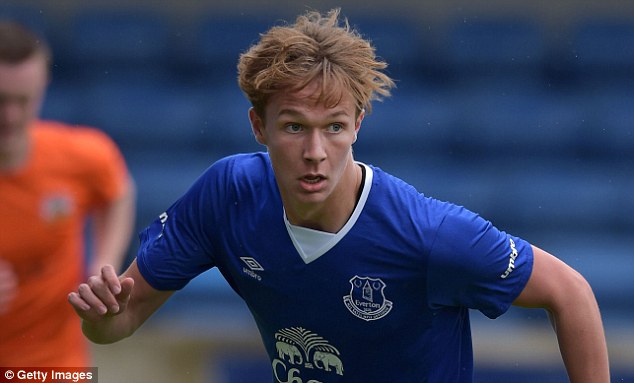 Everton forward Kieran Dowell is expected to join Nottingham Forest on loan for the next season.

According to Liverpool Echo, the highly talented young forward will complete his summer move within the next 24 hours. In that case, an official confirmation can be expected tomorrow. Sky Sports claim that the deal has already been agreed between the two clubs.

Dowell will be hoping to continue his development as a footballer with regular playing time at the Championship club. It is impossible for him to break into Koeman’s first team plans right now and a loan move makes perfect sense for all parties.

The 19-year-old forward has impressed during the pre-season and he managed to score in Tanzania and against Twente. However, Koeman decided to leave him out of the squad for last week’s Europa League tie against Ruzomberok at Goodison.

At Forest, the Everton youngster will be a regular under Mark Warburton and that would prepare him for more first team football at Everton next year. The young forward is not ready to shine in the Premier League just yet and a move to the Championship would help him grow in a competitive environment, away from the spotlight and pressure.

Dowell made his Everton first team debut under Roberto Martinez a few years ago in 2014. He also started against Norwich during the 2015/16 season after the departure of Martinez. David Unsworth and Joe Royle were in charge of the first team as caretakers back then.