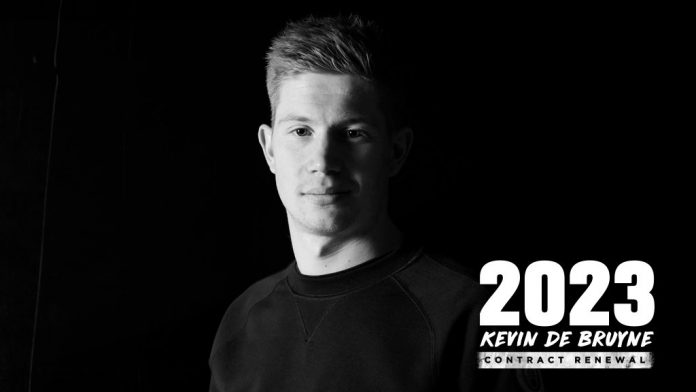 De Bruyne has been Manchester City’s best player this season and the fans will be delighted with the news. The Belgian is set to earn around £260,000-a-week including bonuses and image rights.

The player and the club have confirmed the news on Twitter.

GET EXCITED! ?@DeBruyneKev has today signed a new contract at the Club!

De Bruyne has been linked with a move to Real Madrid earlier this season and Pep Guardiola will be delighted to see that the player is committed to City. It is evident that the player is happy at Manchester and he will be looking forward to winning more trophies with the club in future.

Manchester City are firm favourites to win the title this season and De Bruyne has been a standout performer in the League for them.

The 26-year old’s current contract is not due to expire until 2021 but the extension will now keep him at Etihad until 2023.

The likes of David Silva, Nicolas Otamendi and Fernandinho have all signed contract extensions in the past week and it seems that Gabriel Jesus could be next in line.