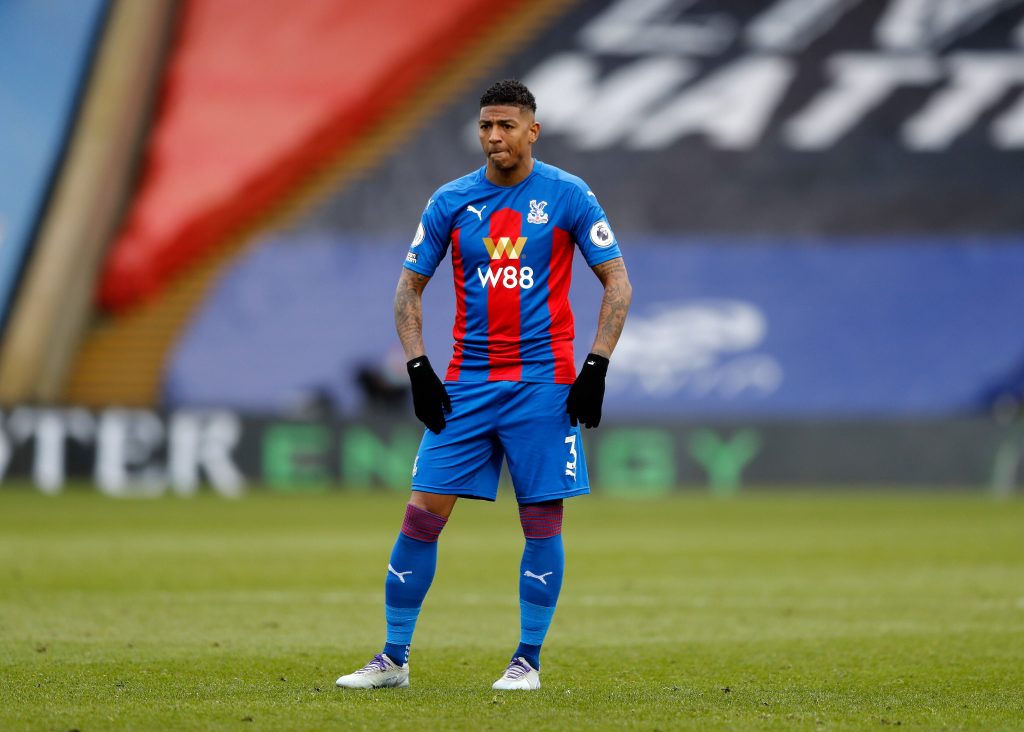 The north London club were eyeing a back-up option for left-back Kieran Tierney in January after deciding to loan out Sead Kolasinac to Schalke 04.

Van Aanholt was mentioned as a potential target before the deadline, but nothing materialised beyond the transfer speculation.

The Dutchman’s current deal expires at the end of June and, as things stand, he will be available on a free transfer in a few months.

It was recently suggested that Leeds United could rival the Gunners for the 30-year-old, but Campbell feels his former side may look for a younger option.

He told Football Insider: “Van Aanholt could be a shrewd signing on a free, but I think they will look to sign someone a little bit younger.”

“He is into his 30s now, which could be a good thing because he is experienced. I’d say he probably has three years left in him at Premier League level.

“I think the club will look for someone who is a bit younger though. Tierney has had a number of injuries, and while Saka can play there, he is better as an attacker.

“I just think they need somebody who is young, energetic and can cover for Tierney in the long-term.

“Ideally, they would have a bit of experience, but I think age is more important. Van Aanholt is a very talented player, but I just think they will go a bit younger.”

The Gunners currently have Tierney as the only specialist left-back option with Cedric Soares, who is a right-back, operating as the occasional deputy.

Bukayo Saka has played there in the past with success, but he is now regarded as a vital figure in the final third of the playing field.

Sead Kolasinac and Ainsley Maitland-Niles, who has played as a makeshift left-back, will return after their respective loan stints this summer.

There are suggestions both of them could be offloaded from the club’s ranks as part of the summer rebuild under manager Mikel Arteta.

Van Aanholt has vast experience with more than 200 top-flight appearances in England, and he has shown his quality going forward for Palace.

However, he is not the best at dealing with one-on-one defensive situations, and the Gunners could look for better alternatives.

Van Aanholt would be a low-cost option with only wages and a signing-on fee involved. The Gunners’ pursuit may ultimately depend on their summer budget.

Read: Arsenal could face Chelsea and Liverpool competition for this La Liga star.