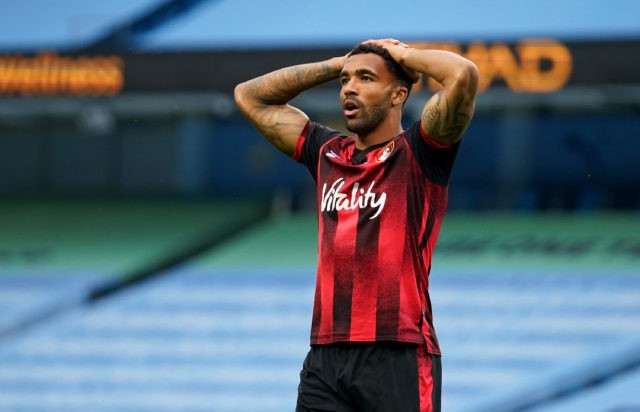 According to Sky Sports journalist, Keith Downie, Newcastle United have lodged a bid in the region of £20m to sign Callum Wilson from AFC Bournemouth.

He claims that the Cherries are yet to accept or reject the offer, as they want Matt Ritchie from the Magpies.

Downie feels that at this moment, it seems difficult for them to do a deal for Ritchie.

He adds that Bournemouth have not made a bid for Ritchie yet. The separate move from Newcastle has come today after the Cherries rejected a bid from Villa yesterday.

George Caulkin of The Athletic claimed earlier today that the Magpies have submitted an offer of £17.5 million, with another £2.5 million in add-ons for Wilson.

He also claimed that Bournemouth have offered Newcastle £2.5 million-plus the same again in extras to re-sign Ritchie.

Steve Bruce is keen to bolster his forward department this summer, and Wilson would be a superb signing for the Magpies.

Matt Law of The Telegraph claimed yesterday that Villa made a £15m, plus £5m in add ons, offer for the AFC Bournemouth striker.

Therefore, chances are high that Bournemouth would accept this latest offer from Newcastle.

The Magpies also have had a bid of £13.5m accepted by Norwich for Jamal Lewis this morning. They are also reportedly targeting Rogerio and Ryan Fraser.