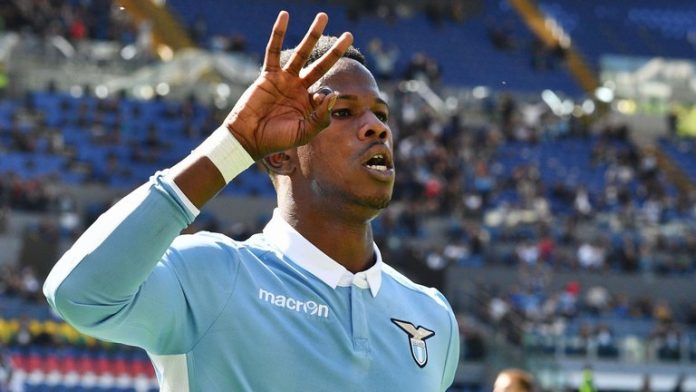 The Serie A club have slapped a €30 million asking price on the 22-year-old, despite his contract only having a year left to run.

Spurs and Juventus have both been linked with the forward, but Tare insists the transfer will only be done on Lazio’s terms.

“He’s a Lazio player – there are important European and non-European teams that want him,” Tare told Sky Sports Italia.

“But at the moment there’s a war of attrition, especially on his agent’s part. Still, we have so much confidence and patience.

“Every decision will be made for everyone’s benefit, including the player, because no-one comes out of this as the winner.

“I’m using common sense. I hope to find a solution, not only for the player but also Lazio.

“We mustn’t forget that Keita’s a player who came to Italy when he was 15 and our club have given him so much. I think he must take that into account and be grateful.

“At the same time, we’re also aware that he’s grown a lot and he has high expectations, but a solution must be found for the good of everyone.

“If he wants to extend his contract, he knows what the club want to do. But at the same time, if there are deals that satisfy Lazio, we’re willing to take them into consideration.”